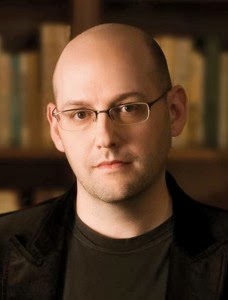 Celebrate Banned Books Week by watching CBLDF’s Hangout on Air with New York Times bestselling author Brad Meltzer on Google+! We’re going to be talking Banned Books Heroes — the people who wrote the challenging books that inspire us, the students and teachers who stand up to censorship, and the characters who make a difference in how we look at the world! Join the conversation here!

Brad Meltzer is the #1 New York Times bestselling author of The Inner Circle, as well as the bestsellers The Tenth Justice, Dead Even, The First Counsel, The Millionaires, The Zero Game, The Book of Fate, and The Book of Lies. His bestselling non-fiction books, Heroes For My Son and Heroes for My Daughter, are collections of heroes — from Jim Henson to Rosa Parks — that he’s been working on since the day his kids were born and are on sale now. He’s also one of the co-creators of the TV show Jack & Bobby and is the Eisner Award-winning author of the critically acclaimed comic book Justice League of America. His newest thriller is The Fifth Assassin.