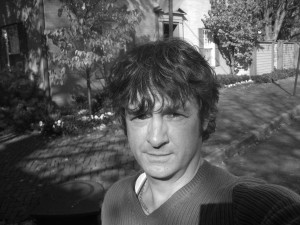 Last week, CBLDF announced that acclaimed creator Jeff Smith was named to the CBLDF Board of Directors. The creator behind the perennially popular Bone series is no stranger to censorship — a parent in Minnesota tried to get Bone banned from her son’s library.

Michael Cavna with the Comic Riffs blog on The Washington Post website spoke with Smith about his appointment, starting with Smith’s brush with censorship:

“A school in Minnesota wanted to ban it,” Smith tells Comic Riffs this week. “It was because [it depicts] cigars and beer…when it takes place in a medieval town. And my main characters…don’t even partake.”

Smith tells Cavna about why CBLDF is so important:

“It’s always been a really important organization,” Smith tells us, “that has to protect the people who create comics and those who distribute them and those who read them.”

Smith also spoke about his experience as a comics fan in an era when retailers were attacked for carrying adult comics and how comics are still targeted despite the demise of the Comics Code:

Now in his 50s, Smith says he can remember the era when comic shops would get raided and “authorities were kind of [cracking] down,” even though the comics “that were not appropriate for kids were kept behind the counter.” So much of comics distribution may have migrated from head shops to hobby shops to digital stores over the decades, but legal challenges remain a constant.

As a new member of the Board of Directors, Smith has hit the ground running. He’s part of CBLDF’s Be Counted membership drive. Individuals signing up at selected membership levels will receive signed copies of the strictly limited RASL: Limited Collectors Edition or the Bone: One Volume Edition. Everyone who joins or renews their CBLDF membership during the 2013 Be Counted member drive will also help CBLDF outfit schools and libraries in their community with copies of the education resources Raising A Reader or Manga: Introduction, Challenges, & Best Practices – two of the Fund’s most recent tools for advancing literacy and fighting censorship.

Be Counted! Please help support CBLDF’s important First Amendment work by making a donation or becoming a member of the CBLDF!