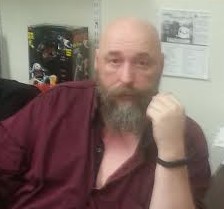 Superstar writer Warren Ellis was kind enough to sign a batch of his best books for the CBLDF on a recent visit to New York, and they’re now available in the Rewards Zone! In exchange for a donation, you can get a signed copy of a great Ellis books just in time for holiday giving, and The Will & Ann Eisner Family Foundation will make a matching contribution of $2 for every donation and gift order placed on CBLDF’s website!

Gun Machine: Warren Ellis’ latest prose novel follows NYPD Detective John Tallow as he investigates a most unusual crime scene: an apartment filled with guns, each used in a different unsolved murder for the past twenty years. Who has been killing all of these people, and what dark purpose does the shrine of guns serve?

Transmetropolitan, Volume 1: In the first volume of the acclaimed Vertigo series, 23rd century gonzo journalist Spider Jerusalem delves into the city of the future’s weird, wild underbelly. And what he finds there will shock even him! Drawn by Darick Robertson.

Iron Man: Extremis: The classic story that inspired Iron Man 3! Tony Stark investigates a mysterious new technology that can turn people into walking weapons… Or kill them. And to stop its most dangerous creation, Tony will have to face up to his own capacity for destruction. Drawn by Adi Granov.

Nextwave: Agents of H.A.T.E.: And now for something completely insane! Warren Ellis and Stuart Immonen take an unlikely team of heroes on a tour of the craziest corners of the Marvel Universe, as they race the evil Beyond Corporation to take out its Bizarre Weapons of Mass Destruction. Featuring deadly broccoli men, the terror of Fin Fang Foom’s pants, and silly sound effects galore!

← Neil Gaiman Gets In The Spirit of Giving!
CBLDF Joins Amicus Brief Opposed to Arizona Law that Led to Ban of Mexican American Studies Books →