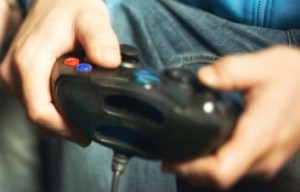 Despite overwhelming scientific evidence that there is not a strong link between video games and violent behavior, video games are still cited as a cause of mass shootings and other violence. A recent study of 11,000 children by the University of Glasgow stands as further evidence that the link is fallacious.

It bears repeating: The use of electronic games by 5-year-olds did not result in poor behavior by age 7.

In discussing their findings, the scientists behind the study hedged their bets by indicating the need for further research and that the exposure to TV and electronic games is not the major factor in behavioral problems, which can instead be better addressed by treating family issues, not limiting screen exposure:

The study highlights the need for more detailed data to explore risks of various forms of screen time, including exposure to screen violence. In addition, studies should further examine the associated child and family characteristics which appear to account for most of the simple associations between screen exposure and psychosocial adjustment. Our findings do not demonstrate that interventions to reduce screen exposure will improve psychosocial adjustment. Indeed, they suggest that interventions in respect of family and child characteristics, rather than a narrow focus on screen exposure, are more likely to improve outcomes. However, the study suggests that a cautionary approach to the heavy use of screen entertainment in young children is justifiable in terms of potential effects on mental wellbeing, particularly conduct problems, in addition to effects on physical health and academic progress shown elsewhere.

You can read the entirety of the study here. While the study won’t silence the people who believe there is a correlation between video games and violence, it’s certainly one more piece to add to the mountain of evidence indicating otherwise.