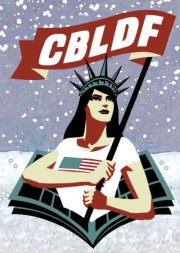 It’s the season of giving, and what better way to both find a unique gift and support free expression than by shopping for your favorite comics fan (or yourself!) with CBLDF?! We have gifts ranging from signed books to original artwork that is guaranteed to bring a smile to his, her, or your face!

A One-of-a Kind Gift Up for Bid

Artist Steve Cleff donated his talents in support of the Comic Book Legal Defense Fund by contributing a one-of-a-kind Grant Morrison portrait. To boot, this 18″ x 24″ watercolor painting has been signed by Mr. Morrison himself! The portrait is based on a photograph taken by Allan Amato. 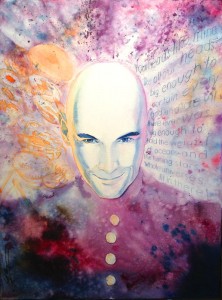 Grant Morrison is highly-regarded as one of the most original and inventive writers to work in the comic book industry. He is recognized as being one of the best-selling writers in the medium for the last 20 years. In 2012, he received an MBE in the Queen’s Birthday Honours for services to Film and Literature.

He is the author of Arkham Asylum, the most successful original graphic novel to be published in America, and he has contributed ground-breaking and top-selling runs of DC Comics characters, including Batman, Superman, Justice League of America, Doom Patrol, and Animal Man. For Marvel Comics, he writes the best-selling monthly, New X-Men. He also created a number of revolutionary original series, including We3, The Invisibles, The Filth, Flex Mentallo, Zenith, Sebastian O, Kill Your Boyfriend, The Mystery Play, Seaguy, and Joe The Barbarian.

To bid on this original artwork, visit our eBay site.

Signed and Personalized for Your Comics Fan

For comics fans of all ages and all interests…

Comics’ greatest creators are contributing signed — and even personalized — graphic novels to thank donors for supporting CBLDF’s very important work. Make a contribution today, and get amazing rewards such as personalized signatures from Alan Moore and Art Spiegelman, or signed books from Neil Gaiman, Warren Ellis, and many more!

FROM HELL personalized by Alan Moore

THE OCEAN AT THE END OF THE LANE, $40 Donation

The Goon: Chinatown, signed and sketched by Eric Powell, $40 Donation

Black Beetle: No Way Out, signed by Francesco Francavilla, $50 Donation

Give the Gift of a CBLDF Membership!