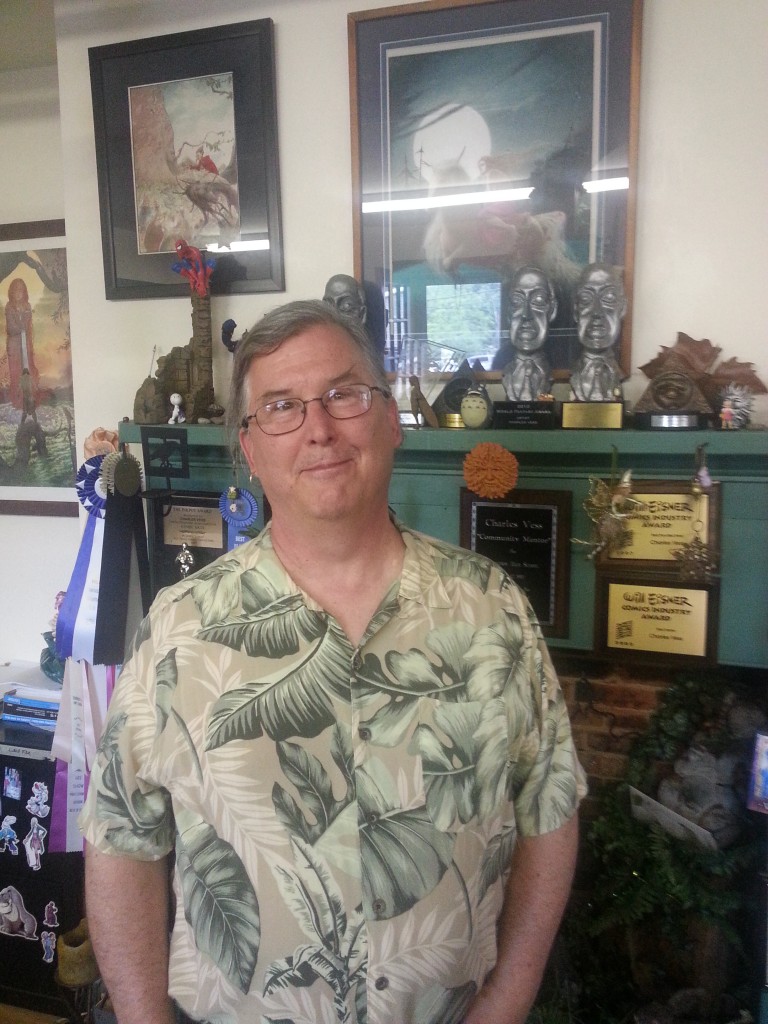 Last month I got to travel to Abingdon, VA to present a lecture on the history of the Comics Code at the William King Museum, as part of their Heroes Aren’t Hard to Find exhibit.  While I was there, I had the privilege of visiting Charles Vess’ studio, nestled just off of Main Street, and just a few blocks from a bronze sculpture of Titania he had created as a fountain for the Barter Theater.

Charles was kind enough to sign bookplates for us to use to thank CBLDF supporters, and we’re happy to offer those in copies of Stardust right now.  He also generously allowed me to take some pictures of his studio.

Thanks to Charles & Karen Vess, and to Callie Hietala and the team at the William King. 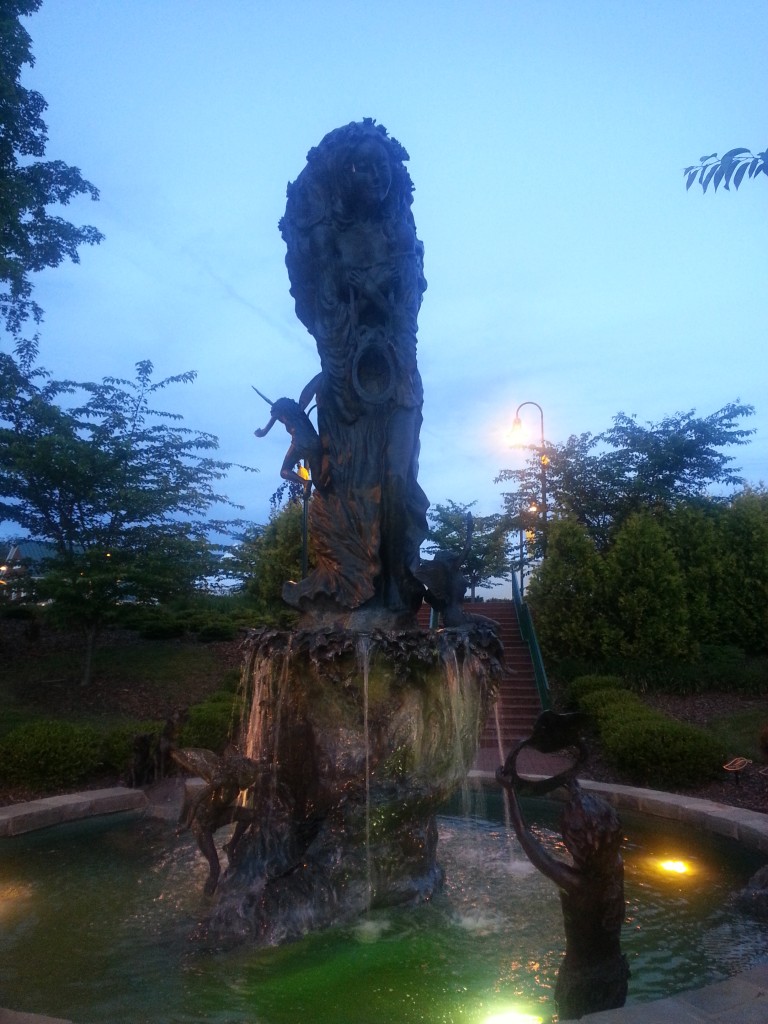 The fireplace & bookshelf in the front office 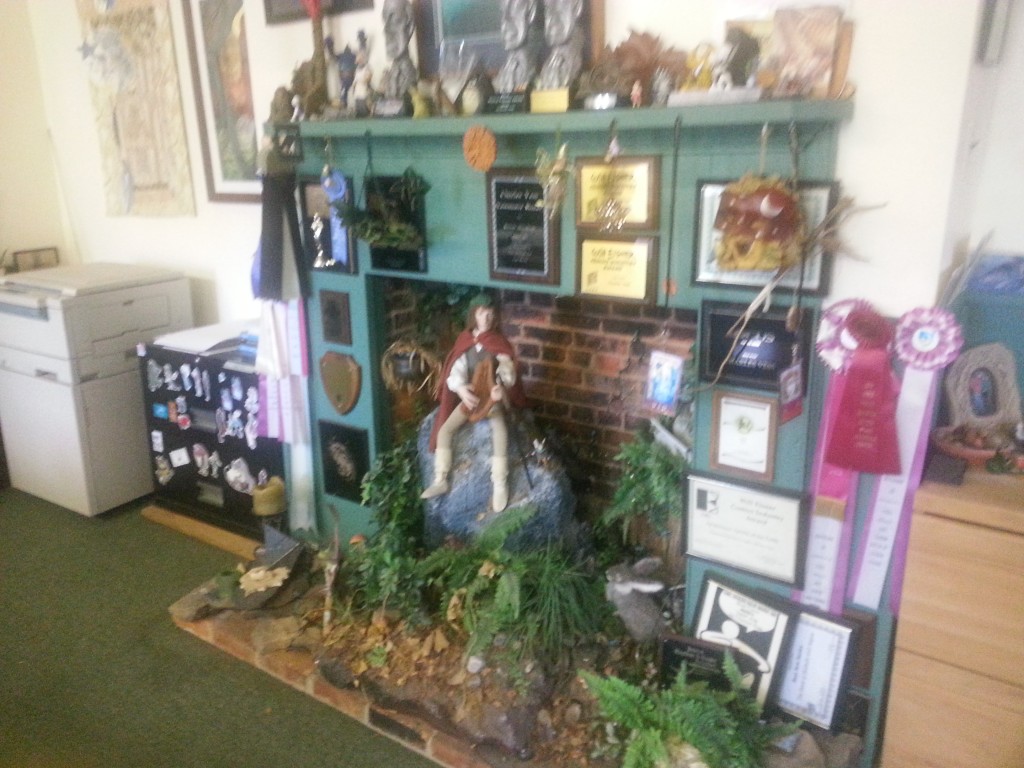 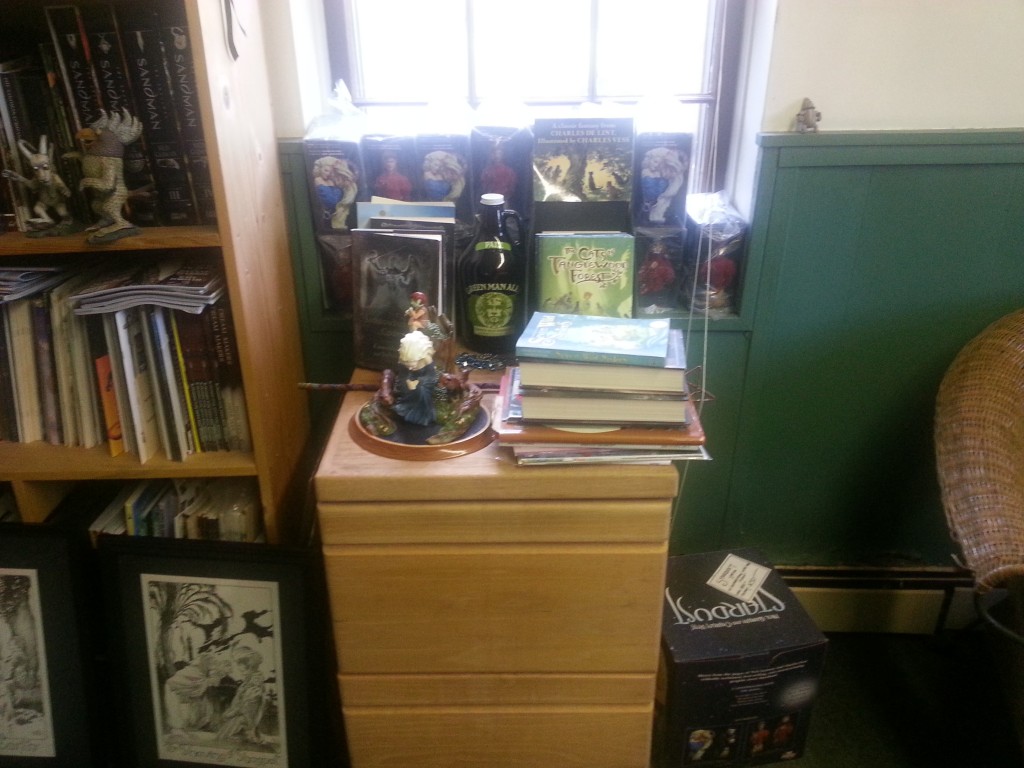 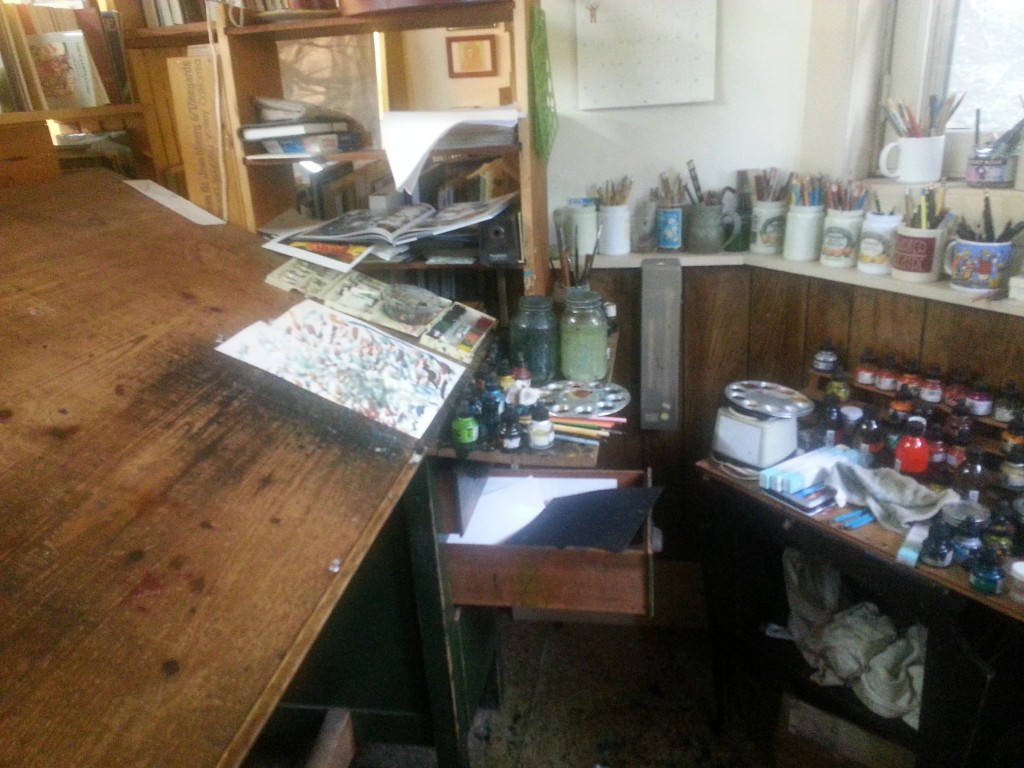 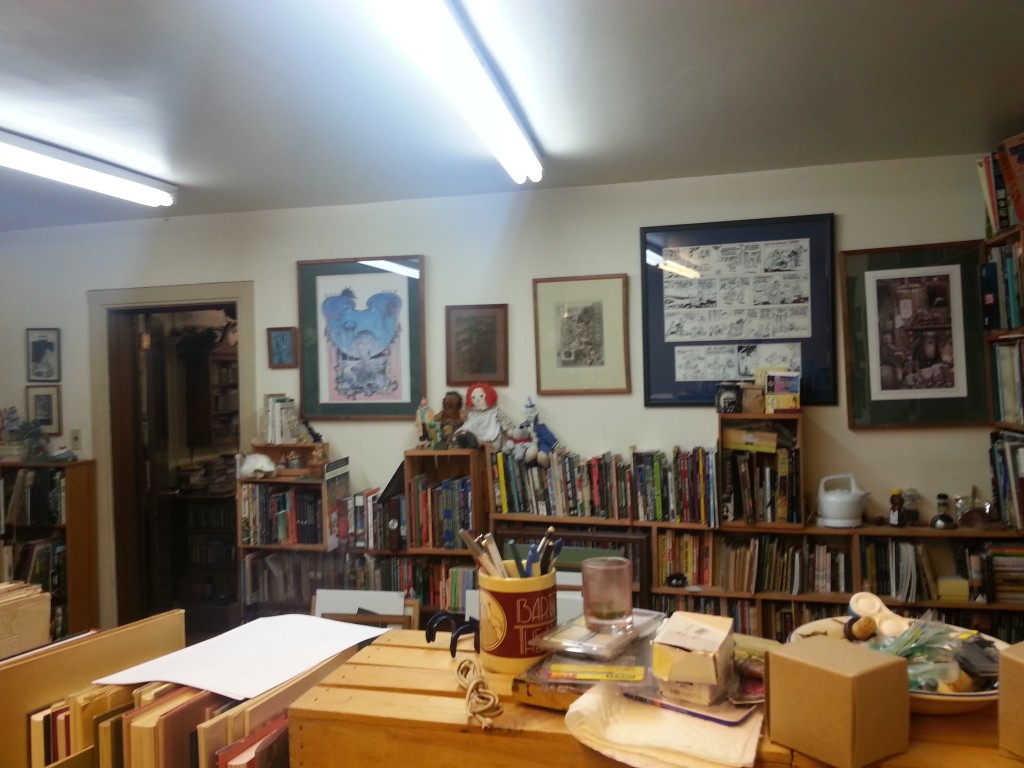 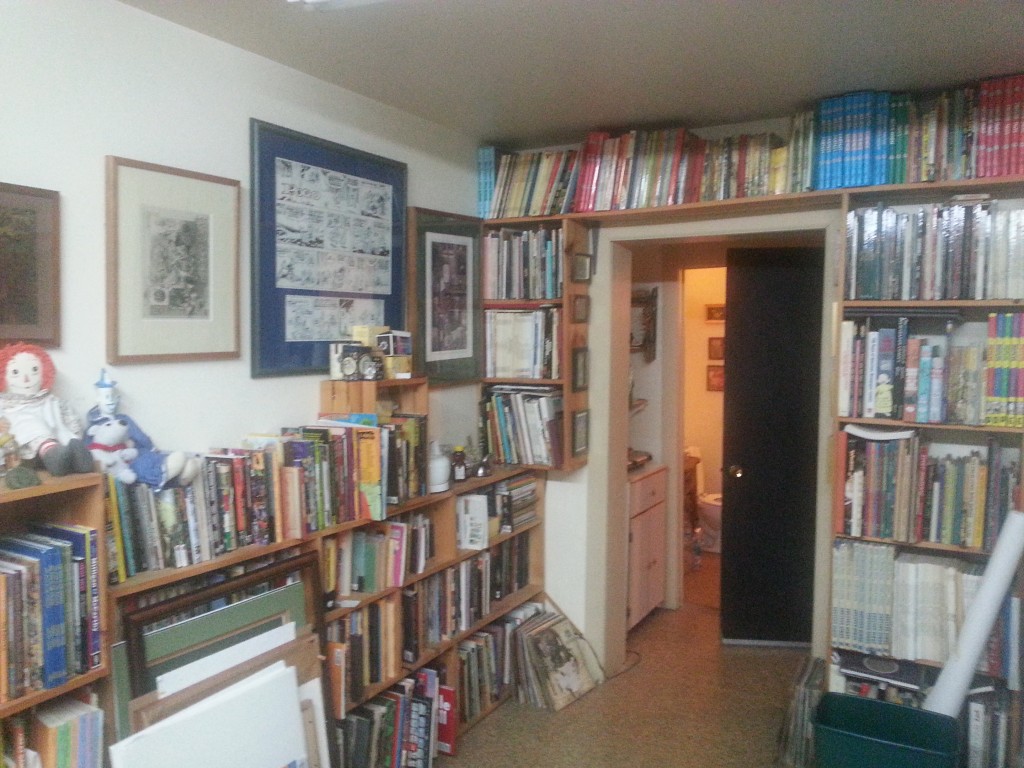 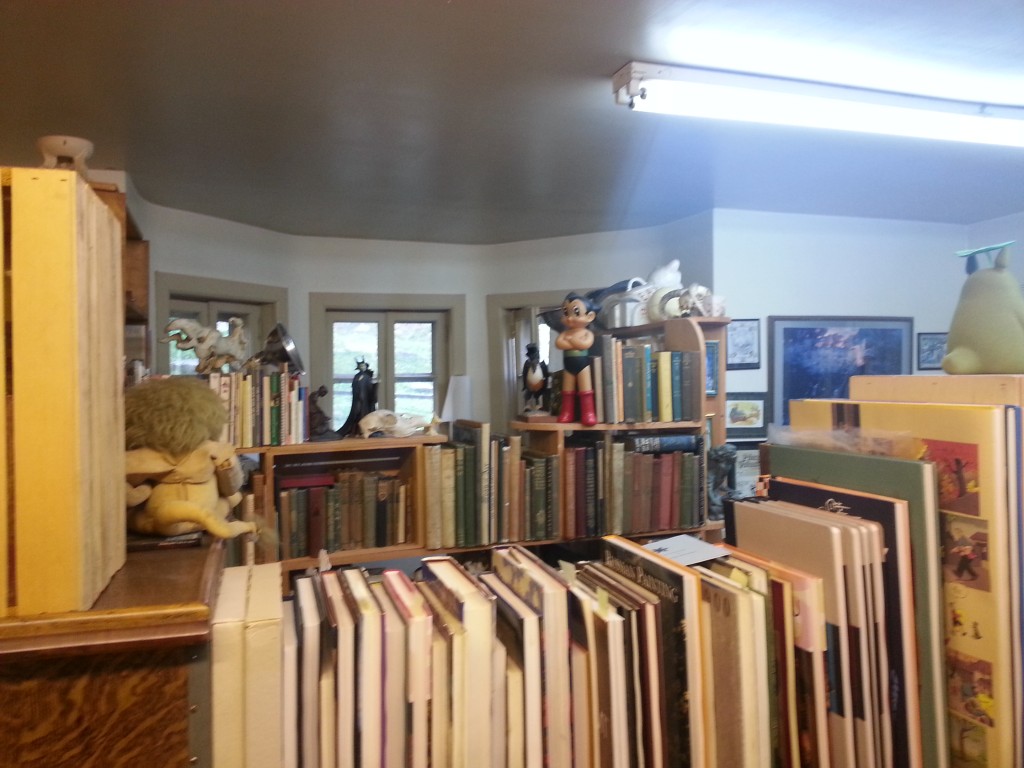