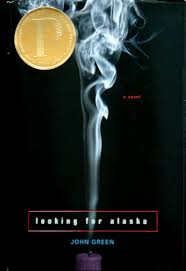 Last week CBLDF joined a coalition of free speech groups defending John Green’s novel Looking for Alaska against a challenge from a parent who wants it removed from schools in Waukesha, Wisconsin. In a letter sent Friday on behalf of the National Coalition Against Censorship’s Kids’ Right to Read Project, the Waukesha superintendent and school board members were reminded of students’ constitutional rights and the legal precedents that back them up.

Ellen Cox, the mother of an incoming 10th grader, objected to sexual content in Looking for Alaska after it was assigned to her daughter’s AP English class. But instead of simply asking for an alternate assignment for her own daughter, Cox requested that the book be removed from the curriculum altogether–and possibly from school libraries as well, although local news coverage is unclear on that point.

Unlike some school districts we could name, Waukesha appears to be following its existing challenge procedure and not making any ill-considered decisions on Looking for Alaska. A review committee is scheduled to present its recommendation regarding the book to the school board at an upcoming meeting. Here is the letter sent to the board and superintendent on behalf of CBLDF and other Kids’ Right to Read Project members:

← CBLDF Releases Working With Libraries! A Handbook For Comics Creators
Partial Victory in Singapore: Two Out of Three Books Back in Libraries →