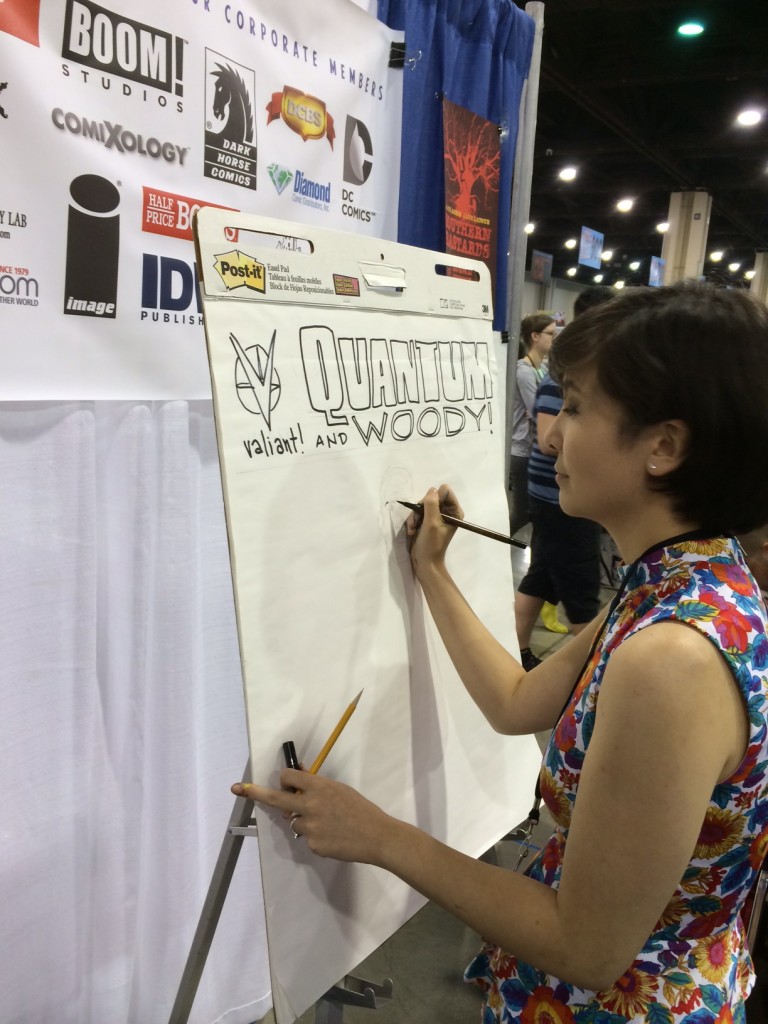 This past June, worlds collided in Charlotte, North Carolina, as a dazzling variety of Quantum & Woody artists descended on Heroes Con, found our booth, and began drawing on a blank pad of paper. Today is your last chance to take this amazing Quantum & Woody art jam piece home! The eBay auction ends at 1:00 p.m. EDT (10:00 a.m. PDT). Read on to see some pictures of the jam, but you may want to bid here before you miss out!

Quantum & Woody editor Alejandro Arbona happened to be on hand with camera in hand. It all started when some mysterious stranger drew a crude Quantum & Woody logo across the top of the pad. After Ming Doyle kicked off the jam, we were visited by Joseph Cooper: 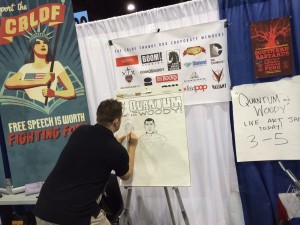 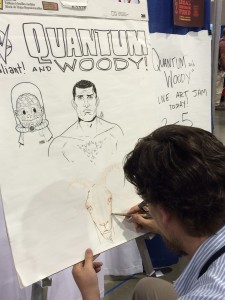 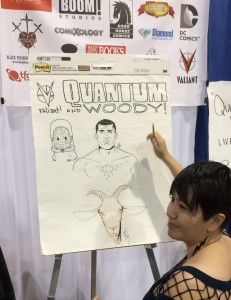 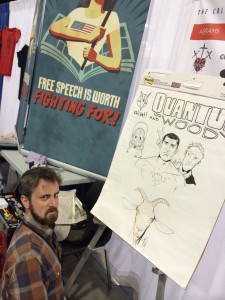 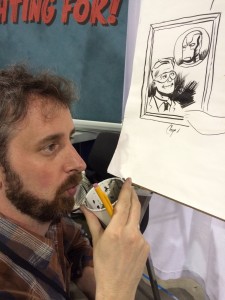 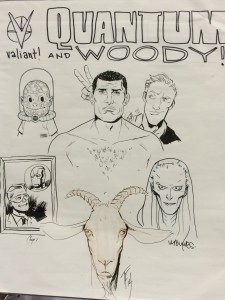 You may bid on this one-of-a-kind (an perhaps divinely inspired) piece here. Most fast — the auction ends at 1:00 p.m. EDT (10:00 a.m. PDT)! All proceeds from the auction will benefit the important First Amendment work of CBLDF!

← More BOOM! For Your Buck In Latest Humble Bundle Update
Striking A Balance Between Intellectual Property Rights and Free Speech →