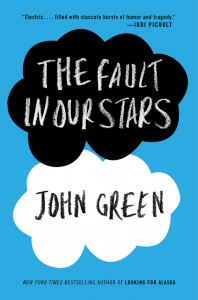 Following the recent ban of John Green’s The Fault in Our Stars from middle schools in Riverside, California, CBLDF today joins the CBLDF-sponsored Kids’ Right to Read Project and other member organizations of the National Coalition Against Censorship in urging Riverside Unified School District to reinstate the book.

In a letter to school board president Patricia Lock-Dawson, KRRP pointed out that the ban caters to the views of only a few parents and “invites multiple, sometimes conflicting demands to exclude other material.”

On September 22, a school district review committee voted 6-1 to remove all three copies of the book from Frank A. Miller Middle School’s library and bar other Riverside middle schools from purchasing it in the future. The parent who filed the challenge cited “the subject matter [which] involves teens dying of cancer who use crude language and have sex.”

In the letter sent today in anticipation of a Monday school board meeting, where the ban and review process will likely be addressed, KRRP wrote:

Without questioning the sincerity of anyone who objects to the book, their views are not shared by all, and they have no right to impose those views on others or to demand that the library shelves reflect their personal preferences. Parents may be equipped to make choices for their own children but, no matter how well-intentioned, they simply are not equipped to make decisions that address the needs of the entire student body.

The letter also points out several legal precedents which should discourage school districts from restricting books, particularly in libraries. At least two school board members have expressed their displeasure that a book could so easily be banned in the district, so we remain hopeful that the decision will be reversed after careful consideration.

Read the full letter below:

The Fault in Our Stars by John Green