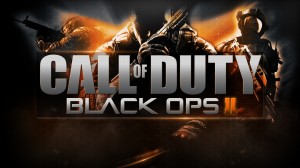 The First Amendment saw another victory when a California court dismissed former Panamanian dictator Manuel Noriega’s lawsuit against Activision. Noriega claimed that Activision’s game Call of Duty: Black Ops II used his name and likeness without his permission, and it subsequently damaged his reputation. Los Angeles Superior Court Judge William Fahey ruled that the game’s use of Noriega’s likeness was protected by the First Amendment.

Noriega filed a claim in July from a prison in Panama over his portrayal in Call of Duty: Black Ops II, committing fictional crimes. In September, Activision’s counsel filed a motion to strike the complaint under California’s anti-SLAPP statute. They argued that Noriega’s portrayal in the game should constitute fair use because the use was de minimus, or too minimal to merit consideration.

Fair use is a defense against a claim for copyright infringement. It is mostly available in circumstances in which the copied material is used for commentary, criticism, or parody purposes. Courts look at four factors when considering this defense: (1) the purpose and character of the use, (2) the nature of the copyrighted work, (3) the amount and substantiality of the portion used, and (4) the effect of the use upon the potential market.

In this case, Noriega is a public and historical figure. Additionally, Call of Duty: Black Ops is an incredibly complex video game. The game relied very little on the presence  of Noriega. Had he been the focal point of the game, the court may have analyzed this differently. But ultimately, Noriega’s likeness was found to constitute fair use.

Activision’s counsel and former NY Mayor, Rudy Giuliani spoke out about the victory:

“This ruling is an important victory and we thank the court for protecting free speech,” said Rudy Giuliani. “This was an absurd lawsuit from the very beginning and we’re gratified that in the end, a notorious criminal didn’t win. This is not just a win for the makers of Call of Duty, but is a victory for works of art across the entertainment and publishing industries throughout the world.”

It is important to recognize the importance of this victory for free speech as whole, not just in video games. In the unlikely case that the court found this claim to be meritorious, any media that included the name or likeness of a historical figure would have been in danger. Basically any book, movie, comic, video game, or TV show that wanted to depict historical figures could have faced copyright infringement claims.  Everything from Watchmen to Band of Brothers to Saturday Night Live could have been affected. This case was a huge win for the First Amendment.

← Time is Running Out for 2014 Memberships!
CBLDF Premieres The Humans At Comic Arts Brooklyn! →