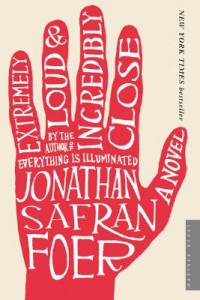 CBLDF today joined with other organizational members of the National Coalition Against Censorship’s Kids’ Right to Read Project in sending a letter of protest to the principal of Mattoon High School in Mattoon, IL, who ignored school district policy to pull the novel Extremely Loud and Incredibly Close from an Honors English class while students were in the middle of reading it.

Mattoon’s local newspaper reported on September 23 that the book by Jonathan Safran Foer had been abruptly removed from the Honors English III class due to “several passages that were ‘extremely’ vulgar detailing sexual acts.” The school’s principal Michele Sinclair said that when some parents brought up concerns about the content, “we didn’t really feel like we had a lot of alternatives” other than removing the book. It does not appear, however, that those parents were first offered the chance to opt their own children out of the assignment or to file a ‘Uniform Grievance,’ both of which are laid out in district policy. (Sections 6.260 and 2.260 respectively.)

In the letter sent today, NCAC members also expressed concern about the school’s plan to henceforth make teachers flag any assigned books judged to have “adult content,” which is of course a highly subjective and potentially broad-ranging category. The letter reminded Sinclair and district administrators of the perils associated with removing books for everyone based on the objections of a few:

Decisions about instructional materials should be based on sound educational grounds, not on an individual’s or group’s agreement or disagreement with the message or content of a particular book. This approach is consistent with constitutional and educational principles and will serve the interests of both Mattoon High School and its students. Every community is home to a diversity of opinions on moral and religious questions; for every parent who objects to an assigned book there will be others who favor it. In practice, the attempt to alter school curricula in response to individual objections means privileging the moral or religious  beliefs of some families over others. It is precisely this form of viewpoint discrimination by government officials that our constitutional system is designed to prevent.

Finally, the letter urged Sinclair to “demonstrate your commitment to recognized constitutional and educational principles, as well as to the District’s own policy, by restoring Extremely Loud and Incredibly Close to the 11th grade curriculum.” Check out the full letter embedded below!