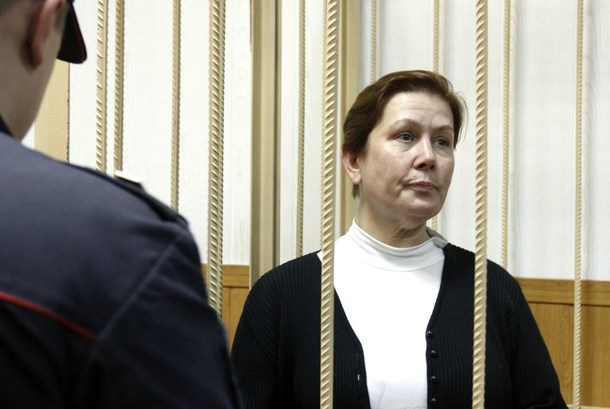 Tensions between Russia and Ukraine manifested in particularly chilling fashion last month, as the director of a Ukrainian-language library in Moscow was detained by Russian authorities and charged with “inciting ethnic hatred” through books in the library’s collection. If convicted, Natalia Sharina could be sentenced to four years in prison.

Russian authorities raided the Library of Ukrainian Literature as well as Sharina’s personal residence for over 12 hours on October 28. In the library, they claim to have found books by Ukrainian nationalist Dmitry Korchinsky, although Sharina and her employees maintain the books were planted there. Whatever the case, authorities charged her under vague anti-extremism laws that ignore a key mission of librarians in all free societies: building a collection that serves all constituencies, regardless of one’s own viewpoint. IFEX explains how the laws have been applied:

Russia’s anti-extremism legislation bans “mass dissemination” of materials that the government designates “extremist.” This places library employees at a particularly high risk of being charged. An official list of extremist materials currently includes more than 3,000 titles and has been extensively used by Russian authorities to pressure independent groups, including Mejlis, the body representing Crimean Tatars in Russia-occupied Crimea.

After a harrowing night of interrogation, Sharina argued in a court hearing that “books cannot constitute extremism, because in my opinion extremism is an action.” She is now under house arrest while awaiting trial, and the International Federation of Library Associations and Institutions yesterday issued a statement of concern calling for “this issue to be resolved quickly in a calm and proportionate manner…and for the Library to be allowed to continue its work unhindered within the law.”

The Library of Ukrainian Literature was not the only Moscow library targeted around the same time. On October 29, a technical library was instructed to remove from display an academic study about nationalist movements in Central Asia, while a teacher reported shortly thereafter to Human Rights Watch that “the school’s principal ordered the school librarian to review their materials and remove from shelves all ‘politically sensitive’ items as a precaution.”