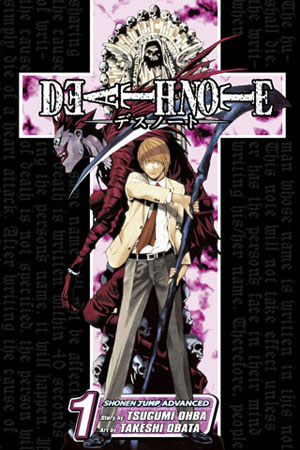 An Ohio middle school student’s Death Note cosplay was a little too authentic for school officials, who recently suspended her for three days after a teacher found her prop “death list” notebook with other students’ names inside. The girl was dressed as Light Yagami for Fandom Day at Lakewood Middle School in Hebron.

In the manga and anime series, main character Yagami finds a notebook that causes the death of anyone whose name is written in it. Since 2007, at least 11 U.S. students ranging from elementary to high school have been disciplined, suspended, expelled, or arrested after “death notes” inspired by the series were found in their possession. The manga was also challenged by a parent at an Albuquerque high school in 2010, but retained by unanimous vote of a review committee.

Police were called to Lakewood Middle School after the prop was found on March 14, and the case was forwarded to a detective. Even though Lakewood School District Superintendent Mary Kay Andrews said in a public statement that “we did not find any evidence that the student had intended to harm students or that there were any plans beyond placing the students’ names on the list,” the girl was suspended nevertheless. Andrews also implied that all fans of Death Note might be inherently suspect, saying that “we need parents to be aware of the content of the cartoon and to help us remind students of what is appropriate and what isn’t in a school setting.”