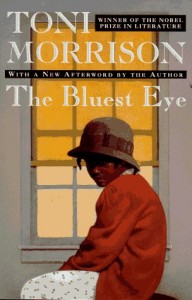 Toni Morrison’s classic novel The Bluest Eye is under fire in yet another school district, with parents in Northville, Michigan saying the book might inspire “deviant behavior” and contains “negative references…against the Christian faith,” among many other complaints. In advance of a school board meeting tonight, CBLDF has signed on to a letter from the National Coalition Against Censorship urging the board to accept a committee’s recommendation to keep the book in the curriculum.

The Bluest Eye has been taught in Northville High School’s college-level AP English Literature and Composition course since the early 1990s, but has likely drawn renewed attention due to a backlash that began a few years ago when it was listed among exemplar texts to meet the Common Core State Standards. Common Core opponents shared out-of-context excerpts from the book online, and it became the second most frequently challenged book of 2013.

In Northville, though, the book’s presence in the AP curriculum had gone unremarked for nearly two decades before Common Core existed. That changed abruptly last week, when parents packed a school board meeting where a complaint filed against The Bluest Eye was under consideration. The school district’s challenge policy normally has four levels of review, but because students are scheduled to read the book this month a decision was made to skip directly to the third level, a district-wide review committee made up of teachers, administrators, and a parent.

On March 23, that committee unanimously recommended that the book remain in use, but that students also be offered an alternate assignment if they don’t wish to read The Bluest Eye. Last week, however, the school board “requested that administration consider making some adjustments to the original level three review recommendation.” It is unclear exactly what sort of “adjustments” are desired, but at least one board member did express agreement with parents who said the English curriculum suffers from “a lack of positive messages.”

A Detroit Free Press article about last week’s meeting includes a litany of other complaints brought up by parents regarding the book, the teacher, and the curriculum, but ultimately none of those should have any bearing on board members’ actions since they are only considering the single written complaint that has been submitted. In the letter sent today, NCAC urged the board to “base your decision on sound educational and constitutional principles, and vote to keep The Bluest Eye in Northville High School’s AP English Literature and Composition classes.”

Read the full letter below, and keep your fingers crossed for good news after tonight’s meeting!

NCAC Letter to NPS Regarding The Bluest Eye