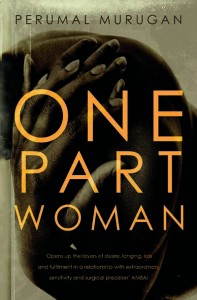 A two-judge panel at the Madras High Court in India last week rejected petitions to ban author Perumal Murugan’s novel One Part Woman, which has been the target of public protests including a book burning last year.

Rightwing nationalists from Murugan’s native state of Tamil Nadu are offended at the historical novel’s depiction of a fertility ceremony that used to be practiced in the village of Tiruchengode, whereby women unable to conceive children with their husbands could try with another man in the context of an annual Hindu festival. Although Murugan is Tamil himself and a respected scholar of the region’s history and culture, the would-be censors claimed that he “defamed Tiruchengode town and the womenfolk and the community.”

Murugan’s publisher stood by him and refused to recall the book, but he was personally overwhelmed by the intense protests and threats of violence against him. In a Facebook post in January 2015, he declared that “Perumal Murugan the writer is dead.” But last week’s verdict from the two High Court justices, one male and one female, has given him new hope. In their decision, they offered an easy non-judicial solution for those who were troubled by the novel: “If you do not like a book, simply close it. The answer is not its ban.”

After the decision was handed down, Murugan again took to Facebook to express his gratitude:

The judgement gives me much happiness. It comforts a heart that had shrunk itself and had wilted. I am trying to prop myself up holding on to the light of the last lines of the judgement: ‘Let the author be resurrected to what he is best at. Write.’ I will get up. It is just that my mind wishes to spend a little time in the joy of this moment. My thanks to friends who stood by me. My thanks also to friends who stood against me.

The English translation of One Part Woman is available in the U.S. from Penguin Books.