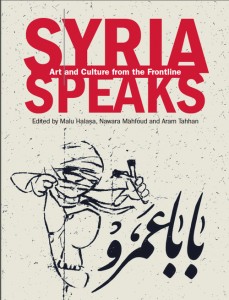 On July 25, authorities in the U.K. detained a Muslim citizen at an airport after a cabin crew member reported her for “suspicious activity.” That activity? Reading a book celebrating the freedom of expression in Syria.

Faizah Shaheen was returning from her honeymoon in Turkey when she was detained. A cabin crew member had reported her on her outbound flight for reading Syria Speaks: Art and Culture from the Frontline, “a celebration of a people determined to reclaim their dignity, freedom and self-expression” that collects art and writings from more than 50 people. Among the contributors to the book are cartoonists, including Ali Ferzat, whose hands were broken by men likely connected to Syrian president Bashar Assad’s government.

Shaheen was held under Schedule 7 of the Terrorism Act, which gives authorities at British airports nearly unlimited power to stop, search, and detain individuals. Authorities can hold people up to nine hours. In Shaheen’s case, she was questioned for 15 minutes, but detention of any sort for reading a book is despicable. “I became very angry and upset. I couldn’t understand how reading a book could cause people to suspect me like this. I told the police that I didn’t think it was right or acceptable” Shaheen told The Independent. 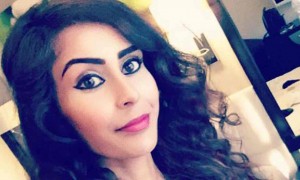 Shaheen is a psychotherapist in child and adolescent mental health for the National Health Service, and her duties there makes her one of the people least likely to be a risk. She tells The Independent, “Ironically, a part of my job role is working on anti-radicalisation and assessing vulnerable young people with mental health problems are at risk of being radicalised. I said that to the police. I’m actually part of trying to fight radicalisation and breaking the stereotypes.”

“The current culture of anxiety around extremism now means that even our reading material has become grounds for suspicion of terrorist activity,” Jo Glanville, the director of English PEN, told The Guardian. “The freedom to read any book, no matter the subject, is a fundamental cornerstone of our liberty.” English PEN aided in the publication of Syria Speaks by providing a grant for the translation.

Shaheen feels that her status as a Muslim was a prime reason in her detention, and one of the editors for Syria Speaks, Zaher Omareen, also responded to the incident:

“Judging individuals and even taking measures against them based on their race, their looks, their language, or the printed words they carry is unacceptable and unjustifiable. It was enough to carry a book which includes the word ‘Syria’ in its title for its owner to be under suspicion as a potential terrorist. I would like to remind the people and the government that Syria must not be reduced to the politicised and power-constructed soundbites carrying simplistic messages of violence and horror.”

Shaheen would like an apology from the airline, but thus far the airline has stood behind the crew member’s decision to report her.