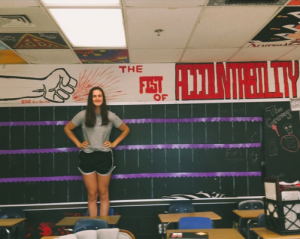 A portion of School Board Policy 9.46 that allows Virginia principals to review school newspaper content in the Falls Church City School District prior to publications is getting severe backlash in the free speech community. CBLDF joined NCAC and other free speech organizations in writing a letter to the school board asking them to repeal the policy which violates students First Amendment rights.

Ostensibly put into place to prevent students from publishing libelous or obscene content, the policy has been abused by school administrators to censor student reporting that covers issues that are far from disruptive to the academic community. From chronic absenteeism to graffiti in school restrooms, Kate Karstens, editor-in-chief of the George Mason High School newspaper, noted in an earlier interview with NCAC about her own experiences coming up against the policy that “I put in so much work. I did the research and interviewed the right people. They shut it down because they didn’t like the people I interviewed.”

In response to the abuse of the policy, Karstens began a campaign to bring attention to what is occurring at her school. Supported by groups like NCAC’s Youth Free Expression Program, Karstens case now has the backing of CBLDF and other free speech advocates in her appeal to administrators that they reconsider the policy.

Like we have seen in other recent cases across the United States, from Montana to New Jersey to Illinois, students’ right to exercise free speech is being challenged by school administrators. Such actions not only impede student journalism, but they contradict pedagogical goals. As NCAC writes in the letter, “[The policy] prevents students from both reporting on issues of interest to them and their classmates and from gaining realistic experience in the practice of journalism.”

Moreover, the continued abuse of the policy also poses a larger issue within the community as it limits students abilities to discuss concerns and issues with their peers as well as violates this First Amendments right to exercise freedom of expression. The letter notes that:

By dismantling the sections of Policy 9.46 that permit prior review of articles on controversial topics, the Falls Church City Public School District can create an atmosphere in which robust free press protections enable student newspapers to flourish, encourage student journalists to undertake rigorous investigative and editorial assignments, and focus on teaching students the ethical and quality standards of professional journalism.

The entirety of the letter that CBLDF signed follows.