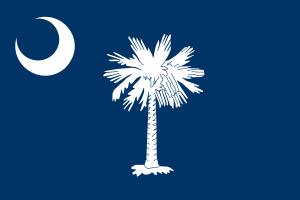 People in Texas and Oklahoma seem to be leading an online attack against social studies education standards that call for instruction about Islam. The problem? Those standards are for schools in South Carolina.

The South Carolina Grade-Level Standards for Social Studies were passed in 2011, but they only recently came under fire after a parent at Alston Middle School in Summerville, South Carolina, complained to a local TV news affiliate and took to social media to attack a worksheet on the Five Pillars of Islam. The anonymous parent demanded that schools get parental permission before teaching religious values, and the story was picked up by a number of small special interest outlets, including noted anti-Islam firebrand Pamela Gellar.

As a result of the coverage, the state department of education began getting calls and social media complaints about the standard. “Up until the past week, we’ve never received a single complaint on them,” State Department of Education spokesman Ryan Brown told The Post and Courier. “It’s the current political climate, but we can certainly understand parents being concerned… With some of the rhetoric that has been going on in the news, they’re thinking about those types of things.”

Brown further indicated that there were only a handful of complaints and most of them were coming from individuals in Texas and Oklahoma, not South Carolina parents.

The specific grade 6 social studies standard that is being questioned reads as follows:

6-3.4 Explain the origin and fundamental beliefs of Islam and the geographic and economic aspects of its expansion.

The standard is among several that call for instruction about world religions, including Christianity, Judaism, Buddism, Hinduism, Confucianism, and Taoism. Pat Raynor, a spokesperson for one of the school districts in the state, points out the fallacy in the complaint’s demands for The Post and Courier: “It’s just a study of the cultures,” she said. “It’s not a religion course.”

The education standards are reviewed cyclically, and they were already under review when the complaints started. Brown indicated that the standards on Islam might get extra scrutiny as a result, telling The Post and Courier that “The Five Pillars are in the standards, and that seems to bother some people so that’s something we’re looking at very closely.”

Attacks on the instruction of Islam in schools are on the rise. Late last year, CBLDF joined a coalition to defend a world history book in Tennessee after it came under fire for effectively covering the same content as the South Carolina education standards. A parent declared the content amounted to “Islamic indoctrination,” but what she and the individuals attacking the South Carolina standards fail to recognize is that teaching about world religions and how they shape cultures is not the same thing as teaching religious belief. Further, their personal offense at Islam does not extend to everyone, so removing materials about Islam from schools raises serious First Amendment concerns.