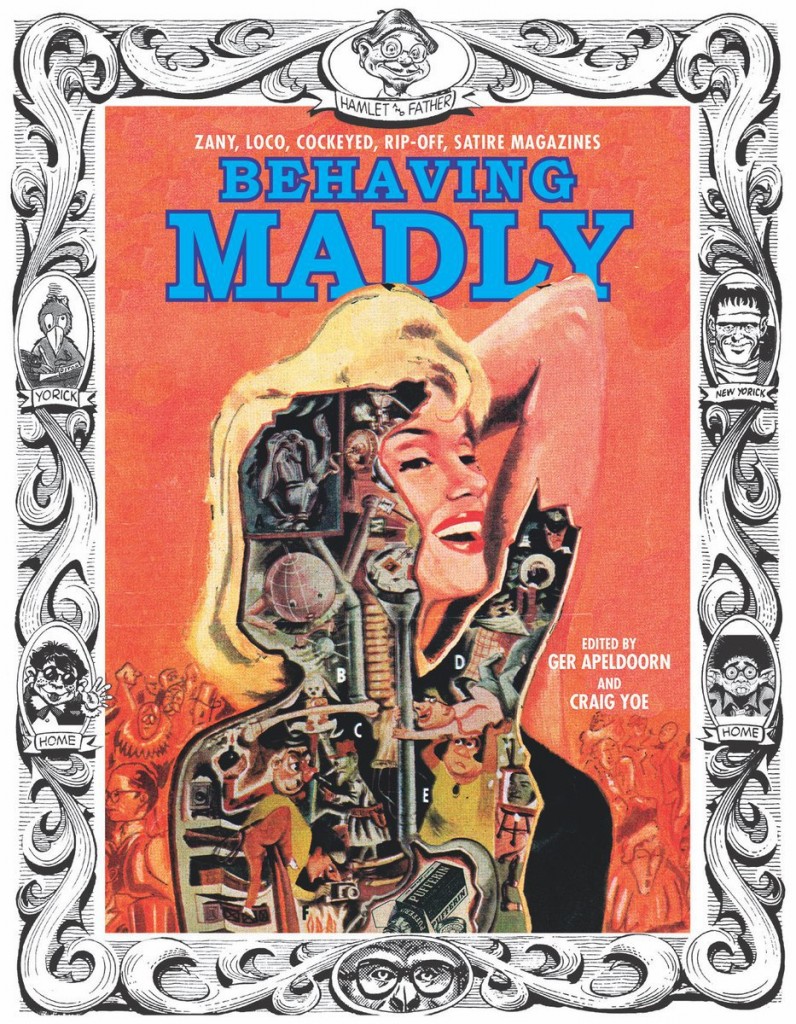 For today’s jaded consumer of satire in all forms, it is perhaps easy to underestimate the monumental influence of satirical magazines in the 1950s and ‘60s. Of course, chief among these was MAD, the brainchild of Bill Gaines who founded it as a comic but reinvented it as a magazine in order to circumvent the Comics Code in 1954. All but forgotten today, however, is the host of imitators that were born and died throughout the era, never lasting long but often going places even MAD wouldn’t dare.

These “MAD-alikes” are finally getting their due in Behaving Madly: Zany, Loco, Cockeyed, Rip-off, Satire Magazines, a new coffee-table book compiled by Craig Yoe and Ger Apeldoorn. As Cory Doctorow points out in a review at Boing Boing, the collection of nearly-lost satire helps to fill in the rest of a conversation between MAD and its competitors:

The book ends with a great sequence of spreads from MAD and its competition: first, a petulant two-page MAD spread called “HOW TO PUT OUT AN IMITATION OF MAD,” then, from the scrappy competitors, imitations of this guide, pointedly showing MAD’s own extravagant and uncredited borrowing, lampooning the outrage of a satirist who can’t bear to be satirized.

Of course, MAD and the other satire magazines–most of which proudly embraced the ripoff label with titles that were synonyms of the word “mad”–thankfully provided a creative outlet for both established and up-and-coming artists who could no longer express themselves fully in mainstream comics, including Steve Ditko, Jack Kirby, and Basil Wolverton. Eventually this relative freedom would pay off in another way too, as the younger generation who grew up reading those magazines once again defied and circumvented the CCA with underground comix.

Check out Doctorow’s review of the 200-page Behaving Madly here. And if you can’t get enough of that old-school satire, take a gander at the 2015 edition of our Liberty Annual, conceived as a “love letter” to the genre!

← Brownstein to Speak at Library of Congress Next Month
Nude Option Removed from U.S. Xbox Release of Conan Exiles →