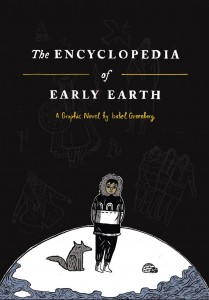 The Guardian recently interviewed several recipients of the Observer/Cape/Comica graphic short story prize, asking them to share their thoughts on how the comics format has changed over time and the work that inspired them, some of which has been censored.

The Observer/Cape/Comica graphic short story prize is a cash award given to British graphic novelists for a short-form work. Jonathan Cape, publisher of the UK’s most prominent graphic novels, is one of the backers of the prize. The recipients and runners up have their entries published online at The Guardian website. The prize was started in part to respond to the increasing popularity of the format.

CBLDF and other advocates for comics still battle misconceptions about the format. In places like the U.S. and particularly the U.K., graphic novels still meet a lot of resistance. “There are countries that have really embraced it: France, Japan, America and Canada. The UK has only a few voices,” says Alexis Deacon, who won the prize in 2014. But he’s hopeful for the format’s future. “I’m sure there is a lot ahead.”

Isabel Greenberg, who won in 2011 and has since gone on to publish the acclaimed bestseller The Encyclopedia of Early Earth, spoke about how people fail to recognize the diversity of content in graphic novels:

The market has expanded, but it’s still not treated with anywhere as much respect as novels are. Often it’s treated like a genre rather than a medium – all graphic novels are bundled together as if they’re the same thing, when in fact you’ve got autobiography, history, crime and so on. It would help if schools had graphic novels on their curriculum, and literary prizes would feature them more often. I don’t think they should be seen as just books with pictures.

Several creators spoke of the books and creators that inspired them. Notably, Julian Hershal, who won the award in 2008, cites a comic that was involved in one of CBLDF’s early cases. “I got interested in the U.S. underground stuff when I was at art school, stuff like The Fabulous Furry Freak Brothers,” said Hershal. Paul Mavrides, who co-created Furry Freak Brothers with Gilbert Shelton, took the California State Board of Equalization to court when the BOE tried to collect state taxes on comic book artwork. CBLDF funded years of litigation, and Mavrides was ultimately victorious.

Also cited as inspirations were creators who changed the format and who have faced censorship. This year’s winner, Tor Freeman, cited French satirist (and woman who changed free expression in comics) Claire Bretecher as an influence. Corbin Wilkin, the 2012 winner, spoke of two graphic novels that inspired him: Blankets by Craig Thompson, a book that has been challenged here in the United States, and Scott McCloud’s revered graphic guide to the format, Understanding Comics.

The Guardian piece is a delightful look into the power of comics, free expression, and artistic inspiration. You can read it in full here.