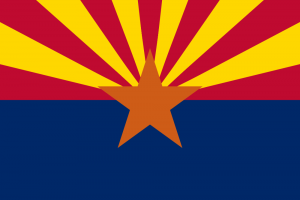 Tashima, who had upheld the law in previous decisions, ruled in Acosta et al v. Huppenthal that the law was “not for a legitimate educational purpose, but for an invidious discriminatory racial purpose and a politically partisan purpose.” In August, Tashima also determined that the law violates students’ First Amendment rights by restricting access to information and that the law violated the equal protection clause of the 14th Amendment by specifically targeting Latinos. Tashima issued a permanent injunction, which means that no part of the law may be enforced at this time.

The battle began seven years ago when then-Superintendent of Public Instruction Tom Horne and then-state Sen. John Huppenthal (who later succeeded Horne) led the charge in passing a state law that prohibited ethnic studies instruction that “fomented racial hatred.” The law was designed specifically to target the Mexican-American studies program in Tucson, which Horne and Huppenthal had attacked repeatedly in the press.

In response to the law and faced with a loss of funding, the Tucson Unified School District ended the MAS program in 2012 despite independent assessments that found it was not in violation of the law and it improved the academic success of students. Seven books were removed (by some accounts forcibly) from district classrooms, including popular textbooks, novels, and collections by revered Mexican American and Native American authors.

500 Years of Chicano History in pictures, one of the books removed from Tucson classrooms

CBLDF was among several organizations that condemned the dissolution of the MAS program. The Fund also joined a Freedom to Read Foundation amicus brief in the case. CBLDF joined the opposition to the law because any legislation that bans books based on the ethnicity of their creators or subject matter is just as likely to ban comic books for the same reason. If images of works by Frida Kahlo, Diego Rivera, or other Chicano artists can be banned (as was done with the removal of 500 Years of Chicano History in Pictures from Tucson classrooms), it doesn’t seem so far fetched that works by the Hernandez Brothers and other Mexican American and Latino comics creators would become part of Arizona’s censorship spree.

In the seven years that educators and freedom to read advocates have been battling on behalf of the program, some of the removed books have been allowed back into classrooms as supplemental materials for other courses. And in spite of Arizona’s attempt to stifle Mexican American literature, a number of states, including California and Texas, have adopted such programs.

It’s unclear whether the state plans to appeal Tashima’s decision. Further, the state has the option to ask for the injunction to be lifted after it has been in place for seven years, independent of the appeals process.

To view CBLDF’s prior coverage of the ban, click on the links below: