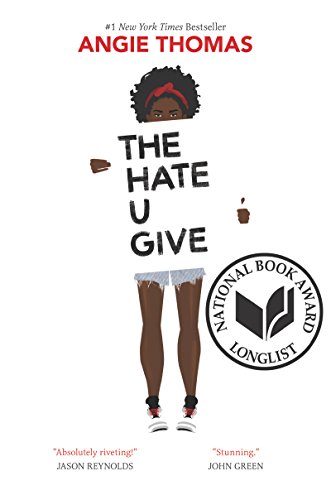 Some parents in Springfield, Missouri decided the best way to handle recent controversial school reading assignments was by arming themselves with first-hand information.

Megan Cook and Marissa Griffin decided to create a Facebook book club for Springfield parents that tackles the controversial titles schools assign students. They named the group “The Books We Hate” as a wink to the book that started the controversy, The Hate U Give, a New York Times Best Selling YA Novel by Angie Thomas that was inspired by the Black Lives Matter movement. It was pulled for review after parents complained they weren’t properly warned about the adult content, and a local lawmaker found fault with its attitude towards police officers and references in the text to marijuana and condoms.

James LaRue, the director of the American Library Association’s Office for Intellectual Freedom, spoke with a local Springfield news outlet about the frequently challenged book, citing that it is most often challenged for profanity, despite the fact that some other widely taught canonical texts have obscenities.

The supposed complaint is the language. You have to ask ‘Is the issue that there is a girl confronting racism in a systematic way?’

Megan Cook told KY3, “I don’t think any book should be banned in any capacity. I think there’s a lesson to be learned and a message you can take from every piece of literature.” Though she understands parents worrying about the adult themes found in children’s literature, instead of banning books, she wants to put themes like addiction, sex, and racism in context, for herself and for her children. When discussing those intense themes, Cook continued,

All that’s terrifying to a parent, but I think what it comes down to is how the narrator or the storyteller chooses to have their character deal with those situations. It could be a learning opportunity, and it’s certainly a learning opportunity for parents to sit down with their child and read a book and take an active part in their education.

The book club will choose one book each month that is either being considered by Springfield Public Schools or has been frequently challenged around the country. They plan on letting members of the group vote on book club selections, to ensure they choose something engaging for the group.

Their Facebook description lays out a crucial part of discussing controversial elements, which is requiring members to be kind and respectful. They’ve laid out a one warning policy, which is

including but not limited to:

The wording brings to mind the often overlooked brilliance of Moms who have dealt with plenty of teenagers and kids looking to sidestep rules for their own gain. It also seems like exactly the right spot to start any discussion on the internet about a topic that can breed disagreement.

After The Hate U Give, they are considering The Handmaid’s Tale, My Sister’s Keeper, and The Perks of Being a Wallflower – all texts that are critically respected and widely challenged.

Cook and Griffin are not alone in wanting to become more active in their children’s literacy. While they anticipated a small group of parents would be interested in the book club, it already has over 80 members. And even though the group is only for members of the Springfield community, hopefully, they will keep posting their book choices so parents around the country can read along or start similar groups. Because as James LaRue, who is also a parent, put it, “although there are many issues in the world, children reading too much is not one of them.”