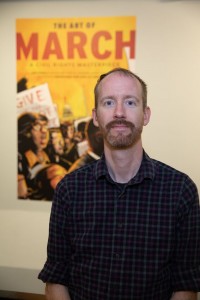 Nate Powell, the artist of Congressman John Lewis’s graphic novel memoir March was on hand at Society of Illustrators in New York last Friday to walk CBLDF members through his work as part of The Art of March: A Civil Rights Masterpiece, co-curated by CBLDF Executive Director Charles Brownstein and John Lind. Read on for audio and text of remarks given by Brownstein and Powell about the graphic novel’s import in light of contemporary events, and for photos provided by Team Rockstar’s Steve Prue!

Brownstein opened the evening, introducing Nate and providing remarks about how March exemplifies the First Amendment and the need for constant vigilance to protect it:

March is a book that is the embodiment of everything that is important about the First Amendment. It is a work of speech and press about assembly and petition inspired by one man’s faith and one man’s service.

We can look at March now and see that we cannot take progress for granted. We can look at March now and see we cannot take freedom of speech for granted. All of the rights that we enjoy as citizens are dependent upon all of us asserting them: for ourselves, for our brethren, each generation at a time. It was humbling to be here at the opening of this exhibition as the kids in Parkland were assembling to create The March for our Lives. It was humbling to be surrounded by this amazing art that Nate has created and to see that this is about the last great student movement where young people were putting themselves out on the line for what they believed in while that was happening again in our culture.

And so, this evening, as you take in this tremendous show, and the heroes of the movement, I invite you to think about how this calls you to live by example and to make a difference in your own life.

Nate Powell then took the stage to discuss his personal experiences making March and how the graphic novel trilogy was a personal reckoning as a Southerner:

It’s wild, the parallel paths that my life as an artist, as a parent, as the child of Southerner baby boomers took along the four and a half years of drawing March. In the same way that over the course of making March the subject matter and its context became markedly less and less about giving this memoir through the lens of history, illustrating the world of 1964, 1965, it became more and more about illustrating the world of 2015, 2016, 2017. So much so that the creative team would periodically have to take in world events from day to day, week to week and have pow-wows where we were like, do we need to reckon with this on the pages of March? The answer being, Congressman Lewis himself would typically come back to his mantra, “Just tell the story, tell the whole story. Lay it out plain.”

The essence is that we are all, by living in our society, pushing back against a lot of these forces. This is on everyone’s mind all the time. In that kind of context — seeing this not just as a historical account, not just as memoir, but seeing it as as living history and as a road map for change, a road map successes and failures — I think for anyone who is moved by the story documented in March, this is at the forefront of all of our minds as we are experiencing this history again. It’s a weird relationship to have as the person who had the privilege of sitting comfortably at my drawing table to bring this story to life again. I’m so honored to have been able to play a role in that. It’s been transformative on so many levels.

On a personal level I think it’s been very powerful having Mississippian baby boomer parents who were really rocked hard by March Book Two, and fifty years after the fact were able to finally open up those last chests in the attic and reckon with their own levels of complicity and their own levels of ignorance that they had carried with them from age eighteen all the way to 2015. Being able to deal with the legacy of inequality in America and in their own personal lives. The things that they had the privilege to not see happening in their town, in their state, at that time. Being able to hear that kind of a reckoning from the folks who raised me and the folks who gave me a basic working knowledge of the Civil Rights Movement when I was a kid the 80s in Alabama, has engendered this new life into our conversation as a Southern family. Especially as a southern family who has now redefined our relationship toward community, like many of you, as being in an era of necessary constant protest. An era of new normals.

Thank you to all of you who have been moved by this work. I’m just telling the story. I feel honored to have been selected by the Congressman to be able to do so.

CBLDF thanks the team at Society of Illustrators and our corporate members in attendance: IDW Publishing, ABRAMS, Penguin Random House, as well as our friends at Humble Bundle. The Art of March  remains on view through June 30. 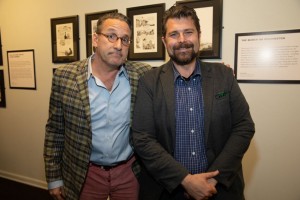 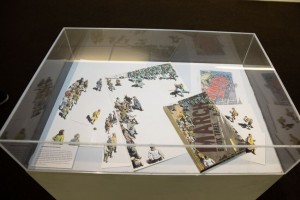 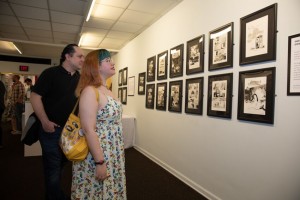 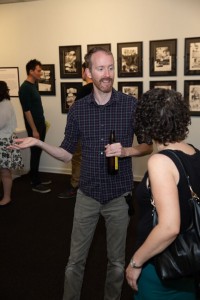 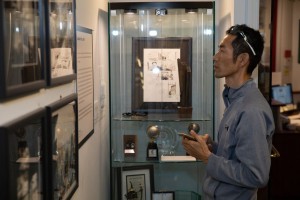 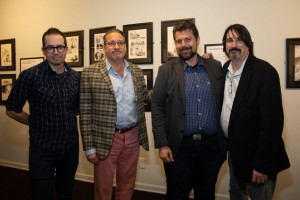 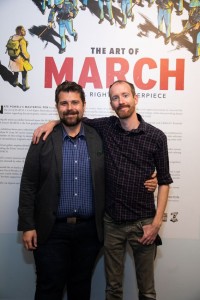 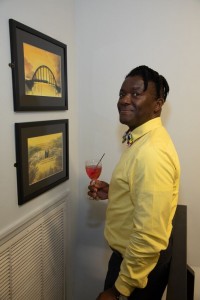 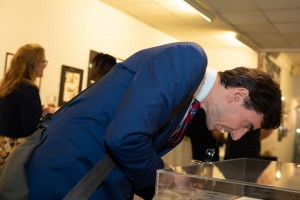 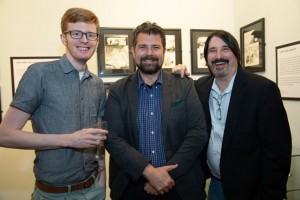 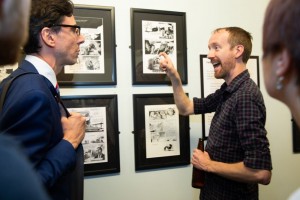 Powell walks attendees through the exhibit. 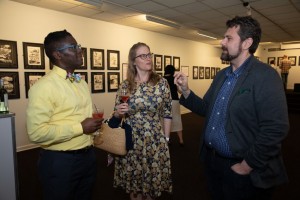 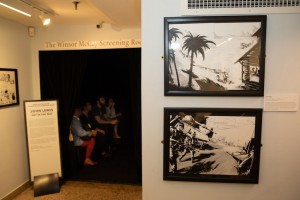 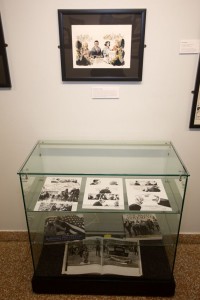