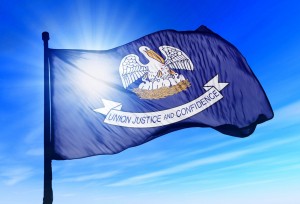 Lafayette, Louisiana Mayor-President, Joel Robideaux, expressed concern over an upcoming Drag Queen Story Hour at the local public library, going so far as to say he would look into canceling or moving the event. The October event is designed to amuse and engage children from 3-6 while teaching them about inclusion and acceptance.

The Drag Queens doing the reading are from University of Lousiana’s Delta Lambda Phi, a national fraternity founded in 1986 that includes gay, bisexual, transgender, and progressive men. Despite the derisive comments from the mayor, the fraternity chapter has no intention of pulling out from the event. They released a statement saying, “This program teaches love, diversity, and acceptance – powerful and positive messages from which all can benefit – and we are grateful to have a community partner like the library who shares these values.”

Robideaux is certainly free to express his opinion. But any attempt to use his power to compel the library to cancel programming because he dislikes the viewpoint it expresses puts him at risk of violating the First Amendment.

As a public space, it is crucial that the library be free to host programming that may not appeal to all citizens, but that fosters open discussion and encourages discovery. The beliefs of one individual—or group of individuals– cannot be allowed to undermine the rights of all members of the community to access programming in a public space.

Drag Queen Story Hours began in 2015 in San Francisco, but since then have been wildly popular all over the country and even abroad in England. Despite the controversies, they are pretty much the same as any other story time program, with crafts and activities, sing-a-longs, and of course, readings. A recent USA Today article about the controversy quoted children’s librarian Anna Lillian Moser of Lewisboro Library, South Salem, New York, “It’s not that removed from a regular story hour, just extra fabulous. I was joking that it’s like story time, but with better eye makeup.”

Tuesday night, not long after the mayor’s comments, citizens of Lafayette stood up to support the Drag Queen Story Hour at a local City-Parish Council meeting. Out of the 20+ people who stood to voice their opinions, only one person suggested the event be canceled. Most of the town supported the library and the event.

One local mother Melanie Brevis said she in no way agrees with every library program offered, but that doesn’t mean they should be canceled. “The library is an innovative, progressive beacon here in Lafayette. Its job is not to make everyone comfortable with every single program,” Brevis said. “If you don’t like it, don’t go, or just pretend it’s not happening.”