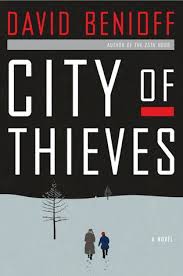 CBLDF and other members of Florida Education Defenders have written to Superintendent Gregory Adkins of Lee County School District to ask him to restore City of Thieves to the curriculum and respect the First Amendment rights of the students in his district.

Earlier in October, a Florida High School removed the historical, coming of age novel by David Benioff from the 10th grade curriculum after a parent complained about the language in the novel, and the local news picked up the story and pressured the district to explain its decision to include the novel in the first place. No according to National Coalition Against Censorship (NCAC), the school district did not follow its own policy about challenges to instructional materials, which then prioritized the desires of one parent over the rights of every student. NCAC writes on their blog,

“NCAC and the Florida Education Defenders uphold Florida parents’ rights to direct the course of their children’s education. But it is never appropriate for the concerns of a single parent to stifle the freedom of all students to read and learn, nor to override the consensus of professional educators as to the book’s educational value. NCAC and the letter’s co-signatories have urged the district to restore City of Thieves to Fort Myers classrooms and to follow their own established procedures for handling parental complaints that prioritize the expertise of educators and protect the First Amendment rights of their students.”

The letter from Florida Education Defenders to the Superintendent, asks that the book be restored at the very least until a proper review can be done in accordance with the policies the district has set for itself. Here is an excerpt from the letter,

“Lee County School District policies on instructional materials outline clear procedures for addressing objections to classroom materials. Policy 2.18 mandates that designated school officials “shall meet with the complainant for the purpose of hearing the complainant’s concerns and attempting to resolve the issue without removing material in question from the classroom.” Instead of removing challenged texts, the policy outlines a process whereby a “committee consisting of teachers, administrators and lay members…review(s) the material in question in its entirety and submit(s) complete written findings of fact and recommendations to the Superintendent.” Yet, in this instance, City of Thieves was improperly removed before a committee review could be performed.

Especially in light of recent legal changes that allow any Florida resident to challenge instructional materials, it is critical that school officials in Lee County understand and properly follow district policies in order to safeguard students’ right to read freely.”

Check out the full letter below.

Read CBLDF’s coverage on City of Thieves after a local Florida news station started to pressure the district.

b>If you want to help support CBLDF’s important First Amendment work with banned and challenged books, you can by visiting the Rewards Zone, making a donation, or becoming a member of CBLDF!