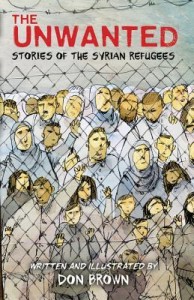 The American Library Association announced its 2019 Youth Media Award winners during their annual midwinter conference, and graphic novels were among both the victors and finalists for some of these prestigious awards. Here’s a breakdown of those honored this year, as well as the honors they received. 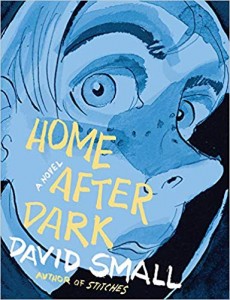 • Home After Dark written and illustrated by David Small.

In some small ways, this work approaches a follow-up to Small’s best-selling graphic memoir Stitches, Home After Dark tells the coming-of-age story of teenage boy Russell, set against the backdrop of a less than idyllic 1950s America. After his mother abandons the family, leaving Russell with his violent father who moves them to California, Russell’s is forced to find his own way to safety in a world filled with toxic masculinity and violence. The Guardian said “David Small’s tale of a sad, isolated teenager and his angry father is timely in the age of Donald Trump”
From the Publishers Weekly Starred Review:

“In a hero’s-journey narrative punctuated by episodic adventures, Russell searches for a sense of “home,” as Small again juxtaposes the horrors of an unhappy childhood with the bleak underbelly of 1950s and ’60s America illustrated with his signature fine pen lines and grey wash.”

• The Unwanted: Stories of the Syrian Refugees written and illustrated by Don Brown

In the tradition of Don Brown’s other amazing nonfiction graphic novels, The great American Dustbowl and Drowned City (which also received the Sibert Honor), The Unwanted doesn’t shy away from the terrifying reality Syrian refugee’s have experienced around the world. Brown balances the darkness of tragedy with the strands of light and hope, whether detailing refugee camps, or government retaliation. Meticulously sourced, he balances the stories of individuals with the numbers that demonstrate the greater truths, those missing or dead, those seeking asylum. From the Publisher’s Weekly starred review

“In loosely drawn panels, Brown captures the migrants as they march over land or huddle in boats, zeroing in on their expressions of fear and exhaustion as he documents the way war’s effects spread far beyond the battlefield.” 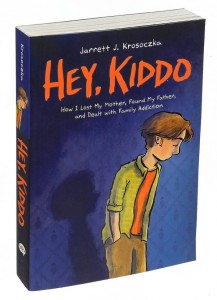 • Hey, Kiddo: How I Lost My Mother, Found My Father, and Dealt with Family Addiction written and illustrated by Jarrett J. Krosoczka

As author and illustrator Jarrett J. Krosoczka wrote in his essay for The Washington Post, “There are difficult truths in our books because there are difficult truths in children’s lives.” And that is especially true in his heralded graphic memoir, Hey Kiddo. A National Book Award Finalist, Hey Kiddo centers around Krosoczka’s childhood, his mother’s opiate addiction, his own search for a father he never met, his amazing and eccentric grandparent’s, and his discovery of art as lifeline amidst the swirling turmoil that is life. From School Library Journal’s review,

The visuals beautifully re-create his early memories, with fluid lines depicting the figures and hand-painted washes of gray with burnt orange highlights in the backgrounds. Borderless panels and word balloons deftly draw readers into the action. Artifacts from the Krosoczka family’s past are inserted into the story, such as artwork and letters, and even the pineapple wallpaper from his grandparents’ home is included between chapters. VERDICT: A compelling, sometimes raw look at how addiction can affect families. A must-have, this book will empower readers, especially those who feel alone in difficult situations. 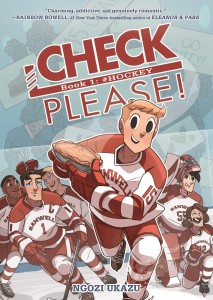 Based on the popular webcomic, Check, Please! #Hockey follows Eric “Bitty” Bittle as he navigates the his transition from high school co-ed hockey, to college hockey, and the bro-tastic atmosphere that comes with it. Bitty, once a figure skater, and currently a master vlogger, is also contending with his own identity as a gay man in the world of athletics at college and beyond. This graphic novel began its journey as a Kickstarter campaign, easily funded by the scores of fans for this complex and endearing story. Now, seeing it recognized as one of the best debut works of the year, demonstrates the importance of these stories in the comics medium. From the Publisher’s Weekly review,

Congratulation’s to CBLDF’s own Neil Gaiman

Also announced at the midwinter conference, was that CBLDF Advisory Board chair and legendary comics creator Neil Gaiman will present the 2020 May Hill Arbuthnot Honor Lecture Award. The ALA selects a recipient annually for the May Hill Arbuthnot Lecture who demonstrates an outstanding career contribution to the field of children’s literature. Some of the previous lecturers include Jacqueline Woodson, Walter Dean Myers, Ursula K. Le Guin, Philip Pullman, and Maurice Sendak. Not just authors receive this honor, it is open to librarians, teachers, historians, and many more who have influenced the formative genre of children’s literature. From this year’s award announcement,

[Gaiman’s] work has been honored with many awards internationally, including the Newbery Medal. He is credited with being one of the creators of modern comics, as well as an author whose work crosses genres and reaches audiences of all ages. Gaiman is a prolific creator of works of prose, poetry, film, journalism, comics, song lyrics, and drama and a vocal defender of the freedom to read. 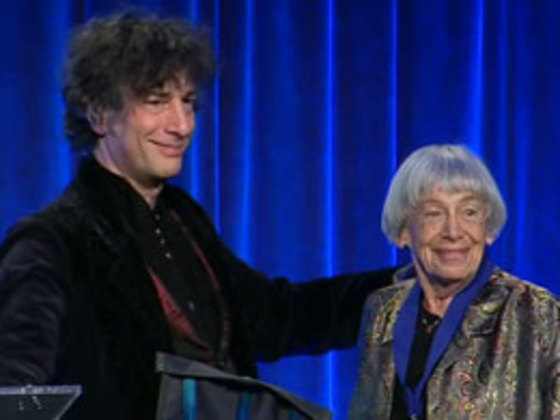