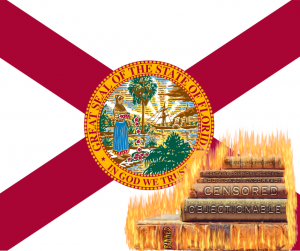 Comic Book Legal Defense Fund, as proud members of Florida Education Defenders, has released a fact sheet about the devastating new legislation currently in the Florida state legislature. These bills are a blatant attempt from Florida Citizens Alliance to control educational materials and agendas, censor information they oppose politically and leave generations of students worse off than those that have come before them. Florida Education Defenders is a group of organizations, including National Coalition Against Censorship, ACLU of Florida, Florida Citizens for Science, PEN America, and more, interested in protecting the students of Florida from censorship and special interests.

Where to even start with this laundry list of First Amendment violations. Is there any sane person who wishes school districts were mired in countless legal battles to eat up valuable (and too few) resources on court fees and attorneys? That only sounds appealing the minority of people who are terrified by the idea of an educated electorate.

By revising the legal definition of what is “harmful to minors” to include any images or text with sexual content they are, with one stroke of the pen, censoring countless works of art and literature that hold educational and inspirational value for the students of Florida.

Keith Flaugh, the managing director of Florida Citizens Alliance and education advisor to Gov. DeSantis , claims education bills like these combat “political and religious indoctrination.” He believes that any class that teaches climate change and evolution science is partisan. Flaugh told The Miami Herald in February, “They’re actually undermining our principles and values. One of the biggest things they do is they’re teaching our kids that the Electoral College is out-of-date. That’s the only vestige of our Constitutional Republic that’s left. ”

Florida Citizens Alliance (FLCA) is a relatively new special interest group, but check out the damage they’ve done in just three short years. Below is the Timeline of FLCA Censorship Activity from the Florida Education Defenders Fact Sheet.

Timeline of FLCA Censorship Activity
The Florida Citizens Alliance has been training its members for years to bring frivolous challenges against textbooks in all 66 Florida counties.

Back in February Flaugh told The Miami Herald , “I’ve been doing this for six years. And I’m more optimistic now than I’ve ever been.”

Read the full fact sheet below. Please share it broadly. 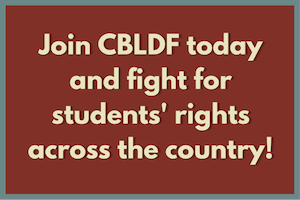