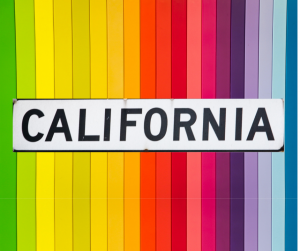 Parents pulled 650 children out of school in California for one day to protest the district’s decision to incorporate LGBTQIA history and social science into the elementary school curriculum. Rocklin Unified School District added the lessons to the K-5 curriculum in accordance with California’s FAIR Education Act of 2011, which requires the inclusion of lessons in all districts about a wide variety of people, including diverse racial ethnicities and sexual orientation.

The parents who protested this change claim that the children are too young to learn about sexual orientation, calling the inclusionary curriculum “far too complex” and hammering the emotional fallacy to “let kids be kids.” The curriculum they are so upset about is not sexual or adult in any way, it is merely the acknowledgement of the existence of those in the LGBTQIA  community. From Gay Star News,

An example of the curriculum is one textbook which discusses astronaut and physicist, Sally Ride. The book describes Ride as a ‘good example for all females’, who ‘joined NASA and became the first female and first lesbian American astronaut’.

This sort of attempt to censor educational materials stems from the misconception that sexual identity equals sex. When members of a community rail against LGBTQIA picture books being shelved with kids’ books instead of in nonfiction or a young woman’s essay about LGBTQIA Rights, the refrain is nearly always about it not being “age-appropriate.” National Coalition Against Censorship (NCAC) explains the continually reoccurring phenomenon of describing books, comics, and even lesson plans that mention the existence of LGBTQIA individuals as inherently inappropriate, conflating  sexual-identity with sex.

Advocates of censorship often complain that even referring to sexual preference—or acknowledging the existence of more than just heterosexuality—is sexually suggestive. Some challengers even argue that a picture book showing two male penguins adopting an egg together is a sexually inappropriate story for children. This can lead to youth being denied access to important lessons about acceptance of meaningful expressions of love and intimacy.

In this California district, LGBTQIA advocates are fighting for more representation in schools, saying that without the inclusion of a diverse range of sexual orientations in schools it is furthering the biased view that “straight is normal.” That outdated perception is damaging to the children who don’t fall into that narrative and deserve to see themselves in history and literature, as well as forcing all orientations outside of straight into the category of “not normal” and leading to an implicit bias.

Inclusion of a wide breadth of identities in the curriculum is crucial for students at a formative time when the education about equality and representation can help form honest views of society and deeper understanding about tolerance that last will their whole lives.