Portland, Oregon 10/2/2019 — Results of a survey released today by Comic Book Legal Defense Fund, the industry’s leading voice for free speech advocacy and education, offers concrete evidence of what has been long been believed true but unverified: teachers and students are embracing comics as valuable tools in the classroom. This groundbreaking work offers one of the first data-driven looks into the important role comics are playing in classrooms all over the country. Across ages and demographics, this study shows who’s using comics, what comics they’re using, what obstacles comics face in classrooms, and a path forward for how educators and the industry can work together to advance the format in the education environment.

The results of the survey show widespread enthusiasm for the format and a broad spectrum of engagement, from pre-K to higher education and rural to urban communities nationwide. More than 30% of respondents use comics in their classrooms daily. More than three quarters of respondents are using comics for independent reading, and about half use them to supplement the main lesson. Almost 40% of respondents incorporate comics into their main teaching track, a higher-than-expected result that indicates the format has made significant gains in educational settings. Finally, the survey proves what we already knew: profound student interest in the format. Less than 3% of respondents indicate student resistance to comics.

Educators rely on a variety of resources to support their use of comics, with nearly half of respondents identifying comics retailers, CBLDF, comics conventions, comics websites and media, and comics publishers, as vital sources to support their use of the medium. The survey itself adds to these resources, offering a comprehensive data-driven list of books already being used in school setting, including the below Top 10:

The results of the survey prove that barriers to the use of comics in the classroom are crumbling, but some remain. Educators note persistent misconceptions about the validity and rigor of comics as educational tools, opposition to a handful of images (especially those depicting violence or nudity) and specific types of content (notably LGBTQ+), a general lack of familiarity with the format, and financial hurdles. Much of the opposition is internal, coming from fellow teachers and administrators, but a handful of teachers have encountered resistance from parents, special-interest groups, and on very rare occasions, the students themselves.

CBLDF created the survey to achieve a better understanding of how comics are used to support ongoing work fighting challenges and bans to the medium in schools and libraries. CBLDF’s resources and tools are used by teachers and librarians to expand the use of graphic novels in curriculum and collections. CBLDF maintains that increasing students exposure to comics not only improves the comics community but also normalizes the medium in a way that prevents censorship.

As articulated in the Survey, “It’s time to move the conversation about comics in the classroom from the intangible to the tangible and to provide handholds for future work that can be done with greater deliberation, design, and intelligence. CBLDF’s survey provides a groundwork for that effort.” 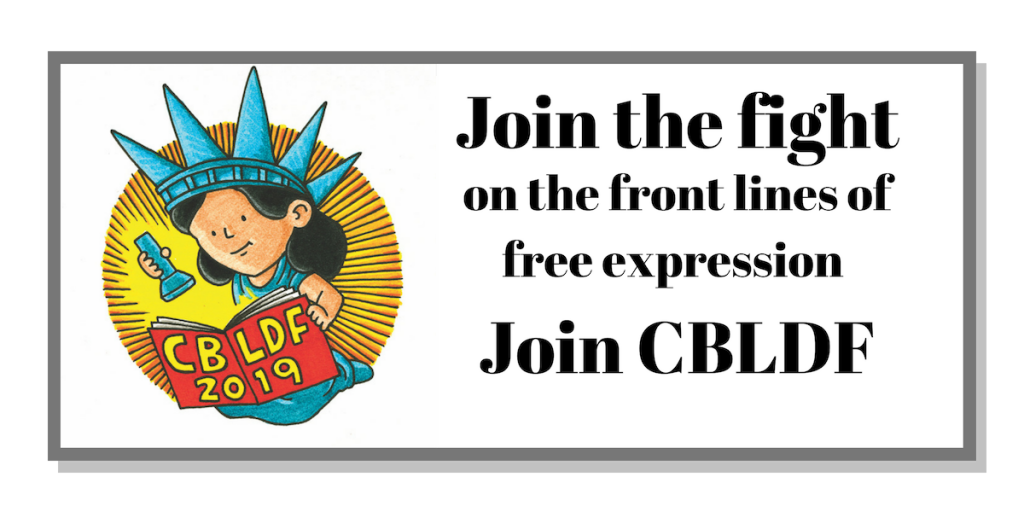 ← Show Off Your Free Expression with CBLDF This Inktober
Charlie Adlard Personalizes & Sketches The Walking Dead for CBLDF Donors! →