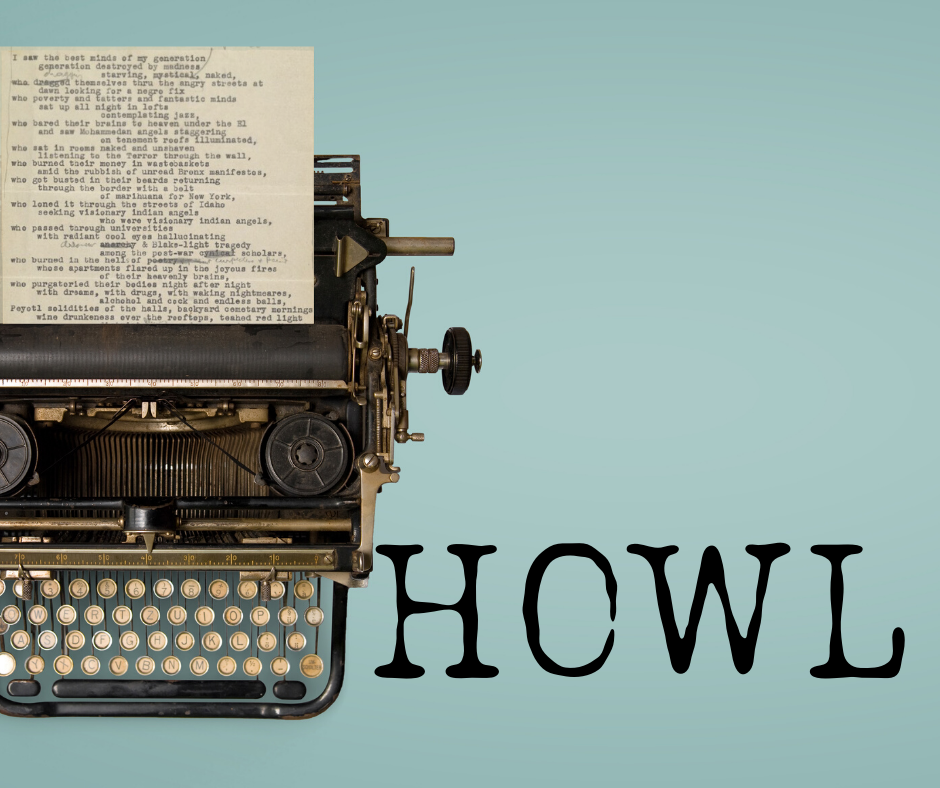 I saw the best minds of my generation destroyed by madness, starving hysterical naked,

Poetry is everywhere and that includes comic books. Celebrate National Poetry Month in April with CBLDF by taking a look-back on Allen Ginsberg’s poem Howl, the landmark obscenity trial that took place over it, and the victory for freedom of speech. You can read the original poem here or pick up the comic adaptation by Eric Drooker from your local retailer. Check our retailer support page to find your local comics store and ways to order remotely.

Howl, the defining poem of the Beat Generation, was written in 1955 by the poet Allen Ginsberg,  whose performances of the unpublished poem in the coffee shops of San Francisco launched The Beats onto the literary scene. A long-form piece composed of three sections and ending with a poetic footnote declaring everything “Holy!” Howl is a quintessential example of Ginsberg’s poetic style, which weaves together the beauty and ugliness of society often steering into political territory and influenced by his strong spirituality.

Lawrence Ferlinghetti, owner of City Lights Booksellers and Publishers, published the poem in Howl and Other Poems in 1956. A shipment of 520 copies of the book was seized by the U. S. Customs Department as it entered the country from its English printer. Eventually, these copies were released to Ferlinghetti, but shortly after, in 1957, both Lawrence Ferlinghetti and the manager of his bookstore City Lights, Shigeyoshi Murao, were arrested in San Francisco for as the court put it “the defendant did willfully and lewdly print, publish and sell obscene and indecent writings, papers and books, to wit: ‘Howl and Other Poems.'” The authorities had decided that the use of “coarse and vulgar language” and the fact that certain “sex acts are mentioned” rendered the piece obscene. Fighting for the First Amendment rights of publishers, Ferlinghetti was joined by the ACLU in the fight for freedom of speech. Nine literary experts were called as witnesses to speak out for the artistry of the poem. The case, The People of the State of California vs. Lawrence Ferlinghetti, ended with California State Superior Court Judge Clayton Horn ruling that the poem was of “redeeming social importance” and therefore could not be held as obscene. 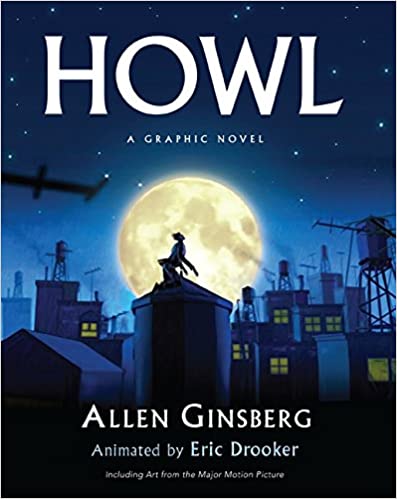 The flow of imagery and words has inspired countless writers and artists throughout the years. In 2010, Eric Drooker, a New York City based artist and the creator of such graphic novels as Blood Song and Flood!, created a graphic novel in conjunction with animation storyboards he generated for the 2010 biographical film about Allen Ginsberg’s life also titled Howl. The graphic novel weaves together Ginsberg’s world with the imaginative storytelling of Drooker’s art. Drooker offers insight into his work illustrating a comic like Howl,

“Poetry is so rich it conjures images in the mind of the listener…I think a different approach would be to have images that just loosely relate to the poem but for the most part, I think the pictures should just bounce off the words”

No stranger to Ginsberg’s work, the two worked together previously in 1996 when Drooker did illuminations for Ginsberg’s Illuminated Poems to coincide with a selection of 34 of Ginsberg’s poems including “Howl.”

The legacy of “Howl” is not just the birth of the Beat movement and the stirring and liberating words, it also paved the way by setting a precedent for freedom of speech in art. The court case  helped to protect our First Amendment Rights and make sure they weren’t chiseled away by a static society. So this month while you’re reading don’t forget that poetry is everywhere from the writing on the subway walls, the books on your shelves, the comics in your hands, and in the laws of the United States.

Did you know reading Eric Drooker’s Howl Graphic Novel could help you win prizes from CBLDF and open up a national dialog about comics? Check out CBLDF’s Reading Challenge to learn more!