The comics industry has faced unprecedented challenges over the past twelve months, and learning how our community has joined together to rise above seemingly insurmountable obstacles gives us hope for better days ahead.

Yet significant questions remain. How can comic shops adapt to laws that not only reduce the risk of contagion but make it difficult for store owners to pay the rent? What can we do about contracts that made sense before the pandemic but create real problems today? Will we ever be able to go back to in-person comic-cons? And how can small to medium-sized publishers and stores thrive in a world that seems to privilege large online platforms?

We’ll be addressing these issues and more at our next membership meeting, where we’ll be hosting a panel on Comics After COVID. Our panel will be held on Zoom this Thursday, February 25, 10–11 am (PST).

We’re excited to have an amazing group of panelists, including Anna Warren Cebrian (Illusive Comics & Isle of Gamers),  Amy Chu (writer, Red Sonja, Kiss, and much more), and Gamal Hennessy (The Business of Independent Comic Book Publishing). Interim Director Jeff Trexler will moderate the discussion, and there will be plenty of time for live Q&A and discussion — we want to hear your thoughts about the new landscape and what we can do to help.

If you’re unable to attend the event, make sure to check back because we’ll be posting a video of the panel after. If you have any questions or suggestions of topics to cover, please reach out to us at feedback@cbldf.org. We’d love to hear from you!

We hope to see you there! 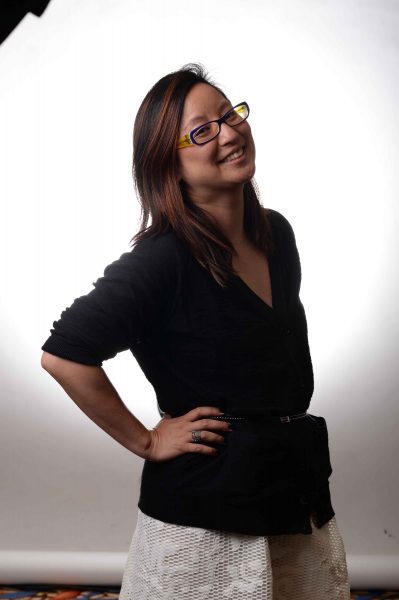 Amy Chu is a writer for comics and now TV with the upcoming Netflix anime series DOTA: Dragon’s Blood. She has written popular characters such as Red Sonja, Green Hornet, Wonder Woman, Poison Ivy, Deadpool, Ant-Man and Iron Man, and is the author of the middle grade graphic novels Sea Sirens and Sky Island (Penguin Random House), and Ana and the Cosmic Race (Papercutz). Amy teaches Business of Art at the Kubert School. She studied Architectural Design at MIT, East Asian Studies at Wellesley College and holds an MBA from Harvard Business School. You can follow her on amychu.com, twitter @amychu and on Facebook/iwritecomics.

A native of the San Francisco Bay Area, Anna has a BA in Studio Art and MBA in e-Business. She decided to try her hand at being a comic shop owner after a few years of running an indie publishing company (a terribly naive decision she openly admits), and took over a former Brian’s Books in Santa Clara, and thus Illusive Comics & Games, LLC was born in June 2007. In 2014, it was clear the tabletop gaming portion of Illusive had outgrown the space available, and in 2015 she opened Isle of Gamers, also in Santa Clara. Even through the pandemic, Anna makes sure the shop does what it can for local non-profits, with whom she has often run event fundraisers for in the past. She has also worked with many libraries, including the Santa Clara and Menlo Park Libraries to build their annual Comic Cons.

Mother to an amazing special needs child, Anna splits her time these days between being a Distance Learning aide and telecommuting running both shops.

Gamal is an experienced entertainment transactions attorney with expertise in comic book publishing and IP licensing. He began his career as the general counsel for the anime and manga company Central Park Media before moving to Marvel Comics to become their International Publishing Manager. After Marvel, he set up Creative Contract Consulting to help independent creators and publishers protect their rights and maximize their business models. In 2020, joined GlobalComix as their General Counsel and VP of Content and he crowdfunded a book entitled The Business of Independent Comic Book Publishing that hit more than 600% of its funding goal. He is currently working on the follow up book, The Business of Freelance Comic Book Publishing which is scheduled for release in the fall of 2022

← Catch CBLDF at ComicsPRO Online!
This Week is Freedom to Read Week in Canada! →