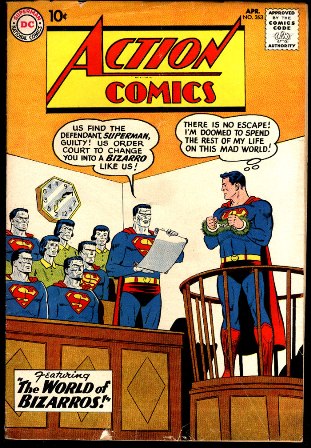 The Yale Law Library is hosting “Superheroes in Court! Lawyers, Law and Comic Books,” an exhibition of rare comics highlighting the cross section of comics and the law, in the real world and on the comics page. The exhibit is curated by Mark Zaid, a national security lawyer.

And, as with all works of literature, the comics have spawned First Amendment disputes, in this case pitting free speech against the dangers of harming young psyches with depictions of things like crime and horror. The show displays a report to the United States Senate, “Comic Books and Juvenile Delinquency,” from 1955, and an American Civil Liberties Union report from the same year, “Censorship of Comic Books.”

The exhibit runs until December 16. Highlights are also on view at the Yale Law Library Rare Books Blog.