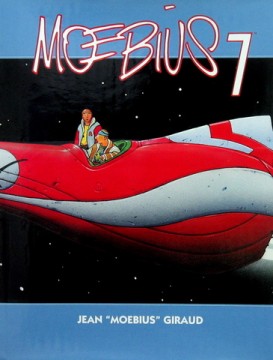 The holidays have arrived, and the CBLDF is here to help! Make your comics gifts the most special ones under the tree by ordering one of the CBLDF’s signed Donation Rewards! You’ll have the satisfaction of giving a unique gift and supporting the Fund’s very important First Amendment legal work. Read on for a full listing of exclusive, signed items sure to satisfy every comics fan on your list! Order by December 17 for Domestic Holiday Shipping!

Vintage Signed & Numbered Moebius Hardcovers by Graphitti Designs
Our friends at Graphitti Designs recently unearthed a small quantity of limited edition Moebius hardcover collections from the 1980s and contributed copies to aid the Comic Book Legal Defense Fund! These deluxe, full color editions were limited to 1,500 pieces, and remain the definitive English language Moebius editions to date. With conversation about Moebius trending in the comics blogosphere, this is a great opportunity to give the gift of a true rarity benefiting a great cause! 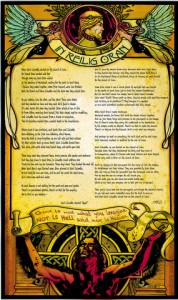 Worlds of Amano by Yoshitaka Amano
Signed by visionary painter Yoshitaka Amano to benefit CBLDF! Originally published in France, Worlds of Amano presents a unique overview of Yoshitaka Amano’s diverse work. This vast introduction allows one to take in the full measure of the immense talent of this famous Japanese illustrator, who is so well known for his designs of the Final Fantasy video games. 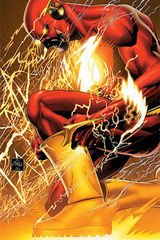 Starman Omnibus Series by James Robinson & Tony Harris
James Robinson and Tony Harris’ ground breaking series from the 1990s returns in a series of prestigious hardcover editions collecting the full run. A singularly iconic comic, Starman told a coming-of-age story for contemporary adult audiences in a compelling literary and graphic style. Any volume of this series is a great gift for a discriminating superhero comics fan.

Frank Miller Graphic Novels
Few have changed the language of modern comics more significantly than Frank Miller. From the epoch-defining The Dark Knight Returns to the iconic graphic novel 300, Miller’s work has left an indelible mark on audiences the world over. The CBLDF is proud to offer an exclusive selection of graphic novels signed by the man himself!

Batman & Robin HC by Grant Morrison
This volume collects Grant Morrison, Frank Quitely and Philip Tan at the peak of their powers, telling the high octane adventures of a new and explosive Dynamic Duo! Signed by Morrison to benefit the CBLDF! 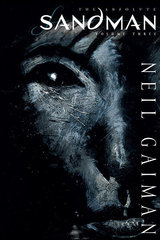 The Sandman Library by Neil Gaiman
The CBLDF is proud to offer every volume of Neil Gaiman’s seminal comics series Sandman, in both paperback and absolute editions! These editions are all signed by Neil Gaiman on a CBLDF Exclusive bookplate, and all proceeds benefit the Fund! A perfect gift for the Gaiman fan in your life!

Locke & Key vol 1 by Joe Hill
New York Times bestseller and Eisner-nominated Locke & Key tells of Keyhouse, an unlikely New England mansion, with fantastic doors that transform all who dare to walk through them, and home to a hate-filled and relentless creature that will not rest until it forces open the most terrible door of them all! Signed by Joe Hill on a custom bookplate, and every copy personalized “Locke ON!”

Umbrella Academy by Gerard Way!
The frontman of My Chemical Romance shows off his dark imagination with this twisted 21st century team of extraordinary characters! He shows off his charitable side by signing these books for the CBLDF! 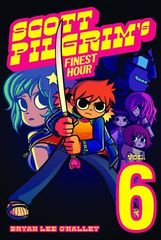 Essex County HC by Jeff Lemire
Signed by and collecting CBLDF supporter Jeff Lemire’s award-winning trilogy – Tales from the Farm, Ghost Stories, and The Country Nurse – into a single hardcover volume. Including 50 pages of unpublished material and two new stories this hardcover volume has more than the whole masterpiece.

Blankets by Craig Thompson
Signed by CBLDF supporter Craig Thompson! Wrapped in the landscape of a blustery Wisconsin winter, Blankets explores the sibling rivalry of two brothers growing up in the isolated country, and the budding romance of two coming-of-age lovers. A tale of security and discovery, of playfulness and tragedy, of a fall from grace and the origins of faith. A profound and utterly beautiful work. A ground-breaking work that changed the shape of comics! All proceeds benefit the Comic Book Legal Defense Fund! 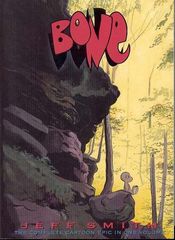 The Life & Times of Scrooge McDuck by Don Rosa
Signed by CBLDF supporter Don Rosa! Greed is good! BOOM Kids! proudly collects the first half of THE LIFE AND TIMES OF SCROOGE MCDUCK in a gorgeous hardcover collection — featuring smyth sewn binding, a gold-on-gold foil-stamped case wrap, and a bookmark ribbon! These stories, written and drawn by legendary cartoonist Don Rosa, chronicle Scrooge McDuck’s fascinating life. See how Scrooge earned his ‘Number One Dime’ and began to build his fortune! An Eisner Award-winning in its original publication. All proceeds from this benefit the Comic Book Legal Defense Fund!

Beanworld by Larry Marder
Wahoolazuma! CBLDF President Larry Marder contributes this signed hardcover edition of his most peculiar comics experience Beanworld! Captivating readers from grade school to grad school, Beanworld is a peculiar fantasy that operates under its own rules and laws. Series creator Larry Marder says, “Beanworld is about the affinity of life. It’s like A Bug’s Life meets Mutts, as told by Dr. Seuss and Joseph Campbell.” Meet Mr. Spook, Professor Garbanzo, Beanish, and the Chow Sol’jer Army as they experience adventures that prove, whether friends or adversaries, we all ultimately depend on each other for survival. Beanworld reflects deep truths about our world, including themes of ecology, advertising, culture, and art, making the experiences of these fanciful creatures feel as true, funny, moving, and relatable as anything in our own reality.

Usagi Yojimbo by Stan Sakai
Signed by CBLDF Supporter Stan Sakai! With over fifty graphic novels in print, the samurai rabbit is more popular than ever! The setting is 17th century Japan, when the age of civil wars has barely ended and the Shogun has established power. The samurai is the ruling class throughout the land, following a warrior’s code of honor known as Bushido. Usagi Yojimbo chronicles this time of settling unrest and political intrigue, told through the story of a wandering and masterless samurai named Miyamoto Usagi, aka Usagi Yojimbo! One of the great classics of the last 20 years, perfect for all ages. Proceeds from this signed volume benefit the Comic Book Legal Defense Fund!