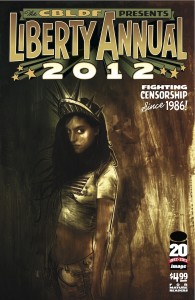 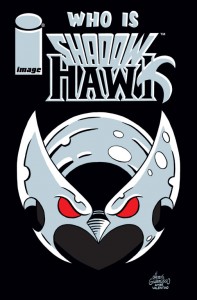 All proceeds from the CBLDF LIBERTY ANNUAL 2012 benefit the important First Amendment legal work of the CBLDF, a non-profit group dedicated to protecting the free speech of the comics community of retailers, creators, publishers, librarians, and readers.

The anthology is 48 pages, featuring stories with the theme “It’s Good to Be Free,” edited by Image Publisher Eric Stephenson.

Below is the complete list of creative teams (writer and artist; one name indicates creator both writes and draws the story):

ABOUT COMIC BOOK LEGAL DEFENSE FUND
Comic Book Legal Defense Fund is a non-profit organization dedicated to the protection of the First Amendment rights of the comics artform and its community of retailers, creators, publishers, librarians, and readers. The CBLDF provides legal referrals, representation, advice, assistance, and education in furtherance of these goals.