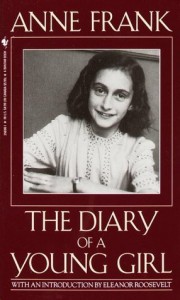 Two weeks ago, Comic Book Legal Defense Fund joined the Kids Right to Read Project and several other free speech organizations in signing a letter in defense of Anne Frank’s The Diary of a Young Girl. In a victory for free speech, the Michigan school district to which the letter was addressed has elected to keep the book in middle school classrooms!

After her 7th grade daughter decided to do a project on the book, parent Gail Horalek requested a review of the book in the Northville Public School District. Horalek claimed that the book was inappropriate for students, taking exception in particular to a passage in the book in which Frank describes the discovery of her own body.

In a letter to the community, Assistant Superintendent for Instructional Services Robert Behnke indicated removing the book would amount to censorship. “The committee felt strongly that a decision to remove the use of ‘Anne Frank: The Diary of a Young Girl – The Definitive Edition’ as a choice within this larger unit of study would effectively impose situational censorship by eliminating the opportunity for the deeper study afforded by this edition,” Behnke wrote in the letter.

By making the decision to keep the book, the Northville review committee refused to let one person dictate the availability of material for all students. They recognized that, as KRRP writes in the letter CBLDF signed, “While parents are free to request an alternative assignment for their children, they have no right to impose their views on others or to demand that otherwise educationally worthy materials be removed, merely because they consider it objectionable, offensive, or inappropriate.”

For more on the story, read the letter CBLDF signed here and read Huhman’s article here.