In previous editions of Obscenity Case Files we looked at cases involving mailing obscene circulars and stores selling obscene books, but we have yet to explore the private possession of obscene materials in one’s own home. In Stanley v. Georgia (1969), the Supreme Court held that it is unconstitutional to prohibit the mere private possession of obscene materials. 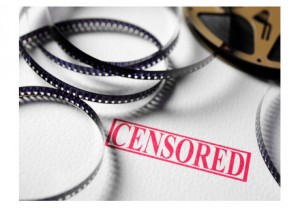 After Robert Eli Stanley was convicted for illegal gambling activity, police obtained a warrant to search his house for gambling paraphernalia. Although they didn’t find what they were looking for, they did come across three reels of 8mm film in a bedroom dresser. Finding a projector in a nearby room, the police viewed the films and discovered that they contained pornography. The film reels were declared obscene and seized by the police, Stanley was then convicted under a Georgia law for knowingly possessing obscene matter. The case was appealed until it eventually made its way to the United States Supreme Court, where the decision was unanimously overturned.

All the obscenity cases that the Supreme Court had dealt with priot to Stanley v. Georgia involved the commercial distribution of obscene material. Justice Marshall, in writing the majority opinion, recognizes the unique issue in this case and quotes Roth v. United States, the case that determine obscene material was not protected by the First Amendment but failed to define obscene material:

. . . ceaseless vigilance is the watchword to prevent . . . erosion [of First Amendment rights] by Congress or by the States. The door barring federal and state intrusion into this area cannot be left ajar; it must be kept tightly closed and opened only the slightest crack necessary to prevent encroachment upon more important interests.

Translation: Prohibiting the mere private possession of obscene matter based upon the Roth decision would be going way too far.

It had been established time and again that the First Amendment was meant to protect the right to receive information and ideas, it is a fundamental quality of our society. Marshall adds:

. . . [a] prosecution for mere possession of printed or filmed matter in the privacy of a person’s own home — that right takes on an added dimension. For also fundamental is the right to be free, except in very limited circumstances, from unwanted governmental intrusions into one’s privacy.

Every individual has the right to chose what they wish to read and watch in the privacy of their own homes. Everyone has the right to satisfy their intellectual and emotional needs in the way that they see fit. Allowing the long arm of the law to reach into the contents of citizens libraries solely to investigate them for obscene content would be a drastic and unconstitutional measure. The power to control the minds of the citizens of the United States in this way goes against what the Constitution stands for.

The Court rejects Georgia’s argument that it has the right to protect the individual’s mind from the effects of obscenity. That argument implies that the State has the right to dictate the morality of a person’s thoughts. Yet, the purpose of the First Amendment is to protect all expression of ideas, not just those that are conventional and shared by the majority. The Court also rejects Georgia’s claims that exposure to such obscenity leads to deviant sexual behaviors and crimes of sexual violence because there is little empirical basis for that idea. Georgia’s final argument was that in order to properly control the distribution of obscene materials, it would be necessary control the possession of obscene materials. The Court also rejected that argument because the importance of the First Amendment rights outweighed such a presumption.

The Supreme Court ultimately held that prohibiting the mere possession of obscene materials was unconstitutional. They also noted that Roth and the cases that followed it were not to be affected by this decision, the courts still have the broad power to regulate obscenity but that power does not extend to the home. While this case specifically dealt with the possession of obscene films, it can certainly hold significance for CBLDF. As seen in U.S. v. Handley, a comic book reader was sentenced for the possession of obscene manga. If Handley had chosen to fight the indictment, the precedent held in Stanley v. Georgia could have greatly helped his battle.