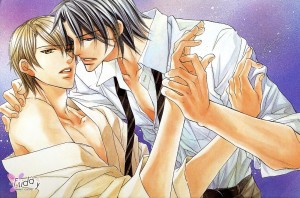 China’s cyberpolice do not only target political dissidents; they also have the Sisyphean task of scrubbing the Internet of pornography. In the latest crackdown on “all online texts, pictures, videos and advertisements with pornographic content,” however, the government has ensnared some rather unlikely pornographers: creators of slash fanfiction and comics, mostly young women.

Much like yaoi manga in Japan, same-sex slash fanfic (dan mei) is largely created and consumed by young women in China. But while slash fans elsewhere are free to indulge their obsession, in China they’re labeled deviants and the creators are accused by police of “advocating homosexuality, violence, and gore.” In 2011 authorities tracked down and arrested 20 women and teenaged girls who had posted stories on slash clearinghouse danmei.org. Fans fear that history is repeating itself with the latest “Internet cleanup,” as eight fiction websites have been shut down and their staffs arrested.