This weekend, CBLDF kicks off convention season with Emerald City Comicon! We’ll head to the Pacific Northwest for three days of comics fun. You’ll find us at booth #1239, where we’ll have our CBLDF Banned Comics Photo Booth, the CBLDF Convention Survival Kit (free for existing members and anyone who signs up at the show!), panels, and an amazing assortment of exclusive premiums!

This weekend, show your support for free speech by stopping by CBLDF booth #1239 and taking a photo in our Banned Comics Photo Booth! Post the photo to Twitter, Tumblr, Facebook, or Instagram using the hashtag #comicdefender and get a free “I READ BANNED COMICS” button! Keep an eye on our Twitter and Instagram accounts throughout the weekend, and the #comicdefender hashtag for special guests and our favorite photos from the show!

Survive ECCC in style with the CBLDF Convention Survival Kit! Free for all card-carrying members who visit booth #1239 and for anyone who joins CBLDF during the show! Quench your thirst with a CBLDF water bottle, stay germ-free with CBLDF-branded hand sanitizer, secure your badge with a CBLDF lanyard, add some flare with the CBLDF badge flash, and carry your signed CBLDF premiums in your CBLDF tote bag!

Come watch a live taping of the Comic Book Legal Defense Fund Podcast while they conduct interviews with some of comics’ greatest creators at ECCC. Moderated by CBLDF Deputy Director Alex Cox.

Bill Gaines is one of the most important figures in comics history. As the publisher of EC Comics and MAD Magazine, he oversaw some of the greatest comics ever made. But over the years he had to fight for the right to create these comics, and along the way he helped change the face of the industry and the law. From the Comics Code to the Supreme Court, history has proven Bill Gaines was right! Moderated by CBLDF Deputy Director Alex Cox. 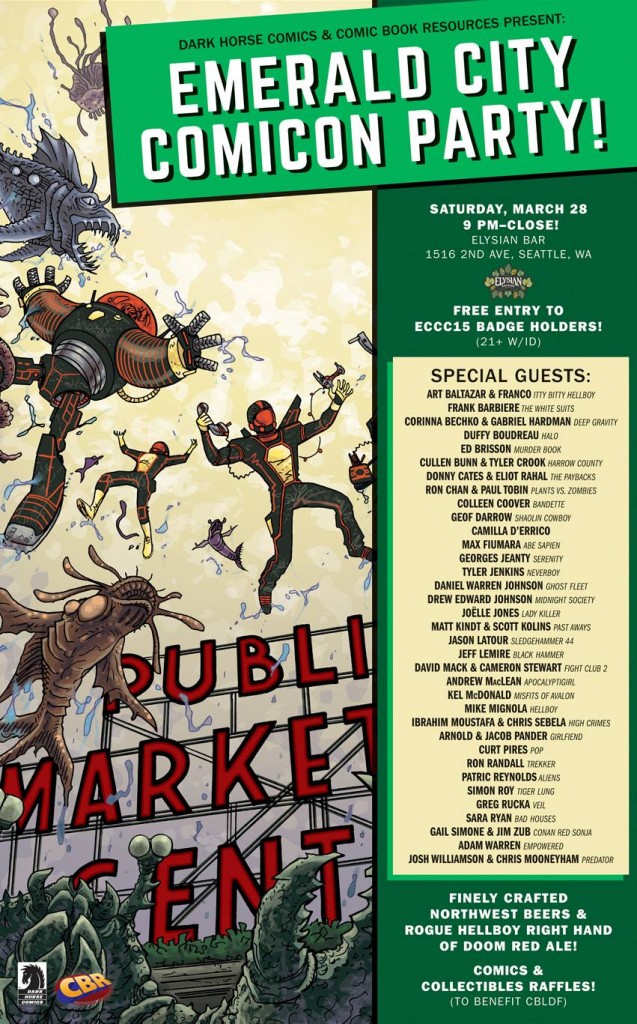