Long before Charlie Hebdo was skewering religious beliefs, politicians, and social issues from its home in France, the Muslim population of the Russian and Persian empires embraced satire in their own magazine, Molla Nasreddin, a weekly that was distributed 1906 – 1931.

The paper was first printed in Georgia, but relocated to Azerbaijan in 1917. Named after Nasreddin, a Sufi who lived in the 13th century and was known as a Muslim trickster, the paper embraced the wit of its namesake to comment on social issues such as inequality, cultural assimilation, and political corruption. The eight-page paper endorsed women’s rights, Westernization, secularism, and literacy. Because much of the population where the paper was published was illiterate, it employed bright cartoons and minimal text to reach the greatest audience. 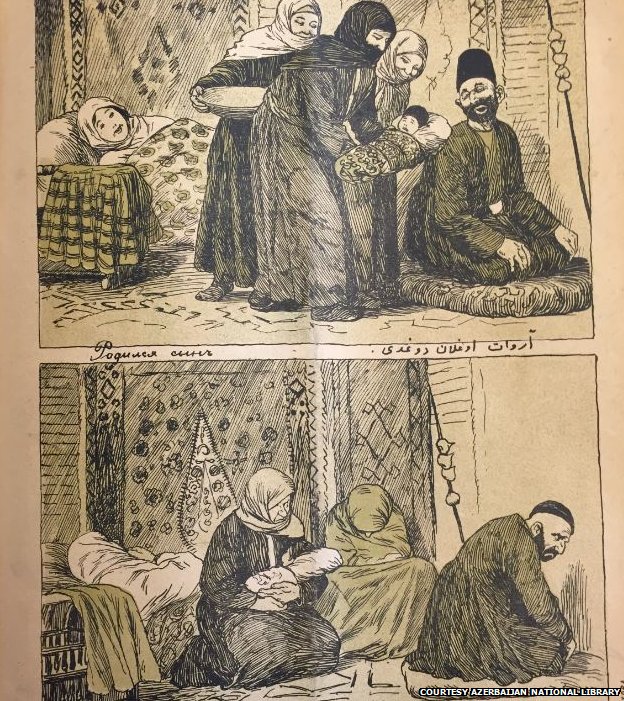 The editor-in-chief of Molla Nasreddin was Jalil Mammadguluzadeh, and like the editors of Charlie Hebdo, he too faced risks for opposing his government and religion, as Konul Khalilova describes in an article for BBC:

But mocking clerics and campaigning for women’s rights came with its own risks.

Mullahs in Persia issued a fatwa calling for Mirza Jalil’s death. He was attacked in the Georgian capital, Tbilisi, where the magazine was published, and constantly threatened. The city was then the cultural capital of Russia’s South Caucasus.

“Had I published the magazine not in Tbilisi but in Baku or Yerevan [capital of modern-day Armenia where Azerbaijanis made up the majority of the population at the time], they would have destroyed my office and killed me,” Jalil explained. 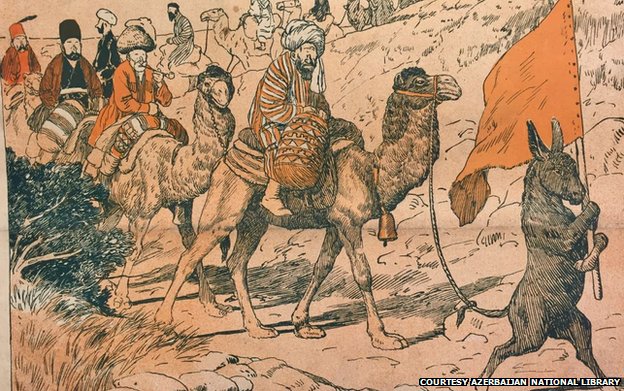 In 1929, the paper included a cartoon depicting Muhammad, albeit without showing his face. But the publication shuttered not because of violence or religious protest but because of the Bolshevik revolution. As the Soviets exerted control over Azerbaijan, they demanded that Jalil change the name of the paper to Allahsiz (Godless) and that he accede to their censorious ideology. Rather than submit to Soviet censorship, Jalil walked away from the paper.