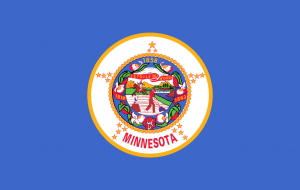 Three similar bills recently introduced in the Minnesota legislature would require school districts to notify parents or guardians every time a fellow parent, guardian, or an adult student deems instructional material such as books or movies to be “sexually explicit or obscene and therefore harmful to minors.” Although the bills do not require discontinuing use of the disputed material, the most extreme version would force districts to publicly justify its retention in the curriculum. To make matters worse, all three bills would apparently allow complainants to remain anonymous.

The legislation–SF 1449, HF 1648, and HF 1949–would expand on an existing Minnesota statute that requires school districts to offer alternative assignments to individual students or parents who object to any given instructional material for any reason. That aligns with what most districts across the country are already doing, and it undoubtedly helps to cut down on challenges and outright bans for all students. But the proposed laws would erase much of that benefit by publicizing such disputes and introducing the term “harmful to minors,” which is bound to alarm some parents who have never encountered it before.

As we have seen recently in Kansas and Ohio, “harmful to minors” is actually a legal term which many states have enshrined in statute. In Minnesota law, material harmful to minors is described as:

that quality of any description or representation, in whatever form, of nudity, sexual conduct, sexual excitement, or sadomasochistic abuse, when it:

(1) predominantly appeals to the prurient, shameful or morbid interest of minors;

(2) is patently offensive to prevailing standards in the adult community as a whole with respect to what is suitable material for minors; and

(3) is utterly without redeeming social importance for minors.

In order for a publication, film, or other media to be considered harmful to minors under existing Minnesota law, it must match all three of the above points. This is a less-stringent version of the Miller Test, but it is nevertheless a fairly high bar. Furthermore, even in the exceedingly rare event that material does meet the legal definition of harmful to minors, that only means that it cannot be sold or commercially exhibited to those under 18. Existing state law specifically exempts employees of schools, libraries, museums, doctors’ offices, churches, and government agencies from criminal prosecution for sharing the material with minors, and none of the proposed legislation would change that.

What the bills would do in their current state, however, is allow parents or guardians to arbitrarily deem instructional material “sexually explicit or obscene and therefore harmful to minors,” with no independent verification that it actually meets the definition laid out elsewhere in state law. (Not to mention the fact that “sexually explicit” alone does not necessarily meet that definition in the first place.) Presumably any time a parent opted their own child out of an assignment due to any sort of sexual content, the school district would be required to notify all parents or guardians of students who would be exposed to the same material that a fellow parent judged it to be potentially harmful to minors.

One of the bills, HF 1949, goes even farther and could give individual parents an anonymous veto on instructional materials for all students. That bill says that if a parent or guardian chooses an alternate assignment for their own child but the district still uses the primary assignment for other students, the school board must provide a public justification for “why the district continues to make the instructional materials available to students.” In such a scenario, it’s not difficult to imagine that teachers and administrators would simply avoid as much as possible any materials that might cause one parent to opt their child out, even if it would be acceptable to the vast majority of other parents.

The clincher on all three bills comes at the end in a clause that ostensibly protects the privacy of opt-out parents:

The name of and other personally identifiable data on the parent, guardian, or adult student who reviewed the content and considers it sexually explicit or obscene and therefore harmful to minors is private data on individuals as defined in section 13.02, subdivision 12.

A quick check of Minnesota Statute 13.02.12 shows that this means exactly what it sounds like: parents who deem curricular materials “harmful to minors” would be allowed to remain anonymous. That seems perfectly appropriate if they are only opting out their own children as outlined in existing law, but not if their actions would potentially affect the entire curriculum as the three bills would allow. In that case they should be publicly identifiable via Freedom of Information Act request, just as parents who file challenges to have materials removed or restricted for all students already are.

As of this writing, neither the Minnesota House nor the Senate have taken substantial action on the bills. All three have been referred to committee and may or may not eventually come up for a vote later in the legislative session. If they do, we hope legislators will recognize them as ill-considered, pointless, and potentially disastrous to academic freedom in Minnesota schools.

← Author Responds to Connecticut Ban of The Perks of Being a Wallflower
Retailers: TODAY is FOC for CBLDF’s Vital Raising a Reader! How Comics & Graphic Novels Can Help Your Kids Love To Read! →