Atena Farghadani, Iranian artist and activist sentenced earlier this month to nearly 13-year prison sentence for “insulting members of parliament through paintings” has found the support of the global cartoonist community with the #Draw4Atena campaign.

Organized by Comic Riffs, artists around the world are lending their pen in non-violent support of the Farghadani after she was imprisoned for critiquing the Iranian Parliament’s bill on birth control. Using her art, she chose to depict various Parliament members as animals and she now faces a nearly 13-year sentence on the basis that she was “spreading propaganda against the system.”

As we have seen in recent months, the cartoonist community was quick to stand behind Farghadani’s right to freedom of speech and expression and many have drawn in solidarity for legal actions being taken against Farghadani. #Draw4Atena is an open call for all artists to submit their works to demonstrate their support for Farghadani and upset over the injustices occurring against free speech. As Michael Cavna of the Washington Post writes, this campaign is not just an “act of support; it is also the art of support.”

From American editorial cartoonists like Tom Tomorrow, UK artist, David Pope, and other Iranian artists like Mana Neyestani, artist continue to send in their works not only as acts of support, but also as demonstrations of the power of the pen. As Farghadani has said, “I believe that if someone chooses art as their subject but do not criticise the issues of their society, they have betrayed themselves, their conscience, and their society.”

A few of the cartoons drawn in support of Atena follow. The rest can be viewed at Comic Riffs here. 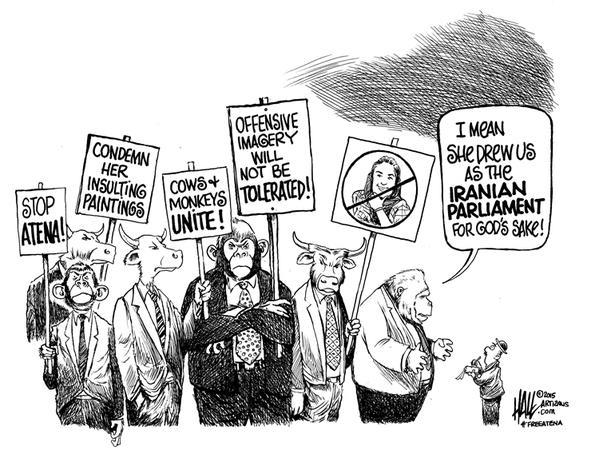 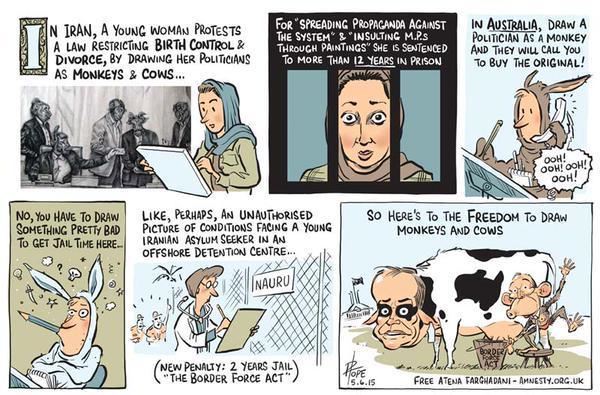 Cartoon by David Pope with the Canberra Times 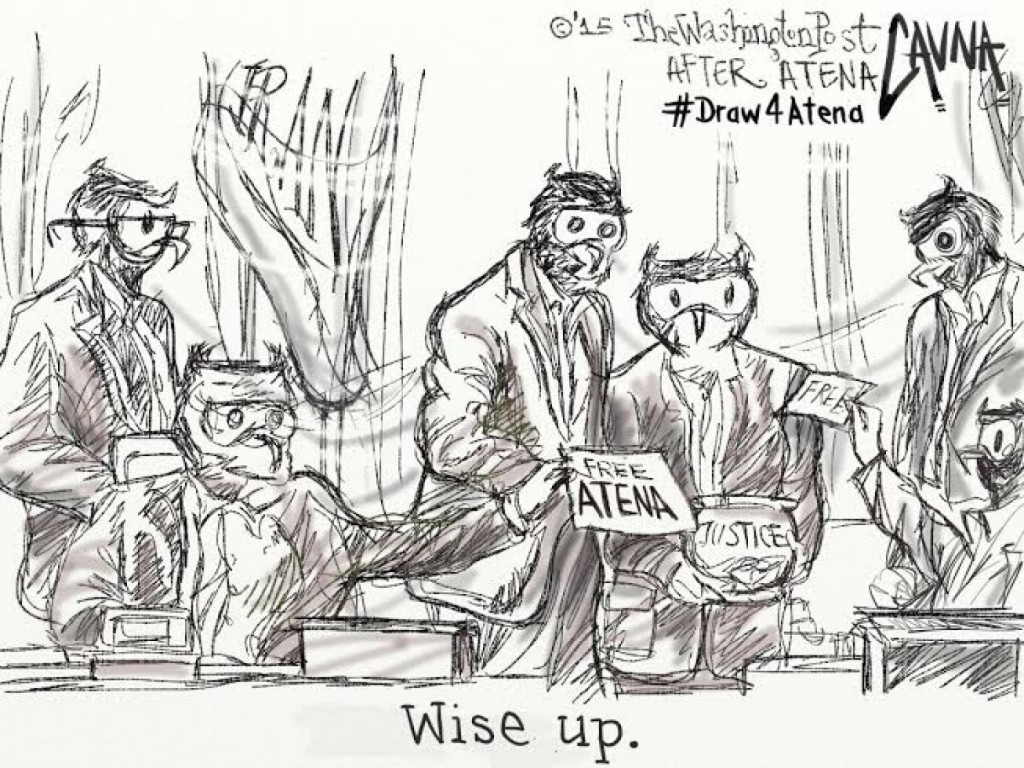 Michael Cavna’s cartoon, which kicked off the campaign and is directly inspired by the piece for which Atena was jailed.