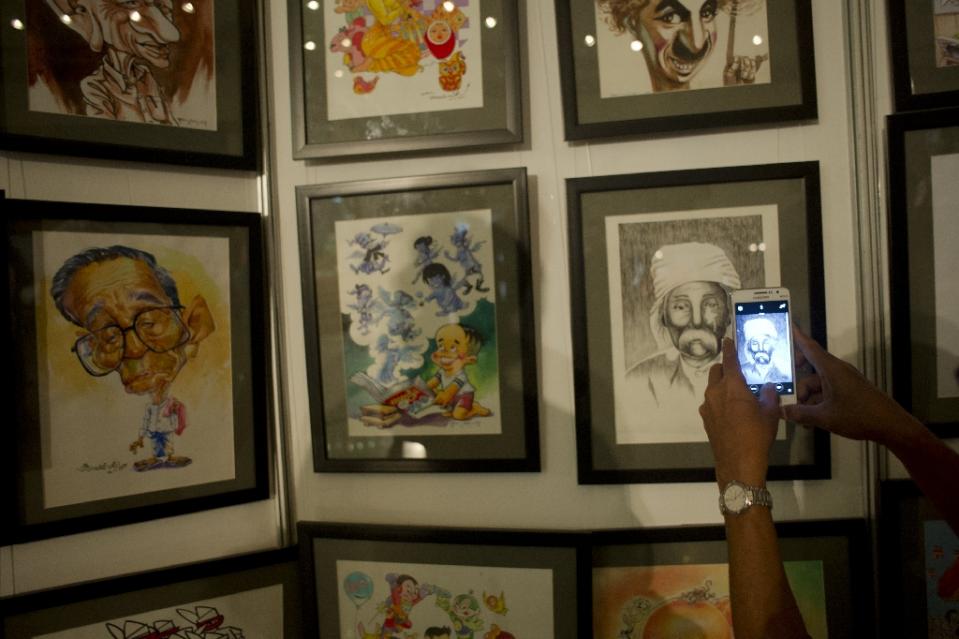 Since Myanmar’s military junta lost its stranglehold on the government in 2012, political cartoonists old and new have relished their newfound freedom to criticize the powers that be. Following the country’s first democratic elections of the new era late last year, those same cartoonists are now facing the flipside of that privilege: the responsibility to also criticize their new leaders including the revered Aung San Suu Kyi.

During her 15-year house arrest under the junta, fellow activists for democracy came to idolize Suu Kyi with quasi-religious fervor. Now her National League for Democracy party has won a large majority of parliamentary seats, and the idol must lead (although she is still constitutionally barred from becoming president herself). Like any government, Suu Kyi and the NLD will not possibly be able to please all of their constituents all of the time — so cartoonists and others in the newly free media are steeling themselves for the day when they will feel obligated to criticize her.

Myanmar domestic affairs analyst Khin Zaw Win explained in an interview with AFP that Suu Kyi “has been a sacrosanct subject, but it’ll come. We can’t have a really free media if one figure is held ‘out of bounds.’ She will not, and should not, be spared.” In fact, one online cartoonist known as Maung Maung Fountain has already lightly criticized Suu Kyi and felt the backlash from her devoted followers, but he vowed to “keep creating and criticising” — just as he was already doing under the previous government.

While today’s political cartoonists in Myanmar are still finding their footing, AFP notes that the artform has a proud history of over a century in that country. A recent festival in Yangon celebrated the work of cartoonist Ba Gyan, who made his name “mocking the British colonial authorities and later the early independence government.” Such dissent was silenced after the military seized power in 1962, but today Ba Gyan’s successors are again picking up their pens to seize the freedom to criticize.