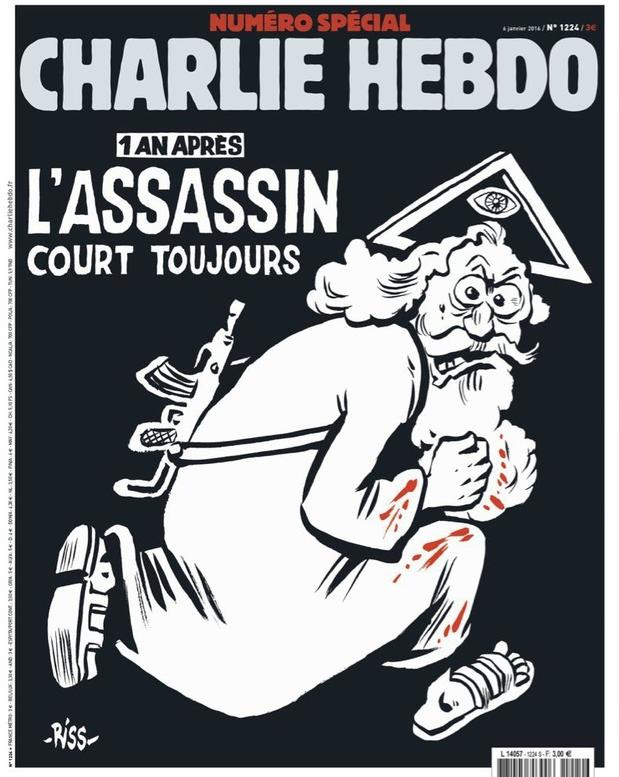 Just over a year ago, the cartooning world was shaken by the attack that killed 12 people, including five well-known cartoonists, at the offices of French satirical magazine Charlie Hebdo. The ensuing months have been packed with commemorations, commentaries, debates over the limits of free speech, and of course another devastating night of terrorist attacks that killed 130 regular Parisians going about their daily lives. Here are just a few of the one-year anniversary pieces that caught our eye last week.

One year after Charlie Hebdo, my friend tells me: ‘This just isn’t the same Paris’ (Guardian)

Brilliant Dutch cartoonist Willem, who has lived in France since 1968 and remains a mainmast of Charlie Hebdo, stopped attending editorial meetings when they stopped serving charcuterie and wine, a decision that probably saved his life. Willem wrote to me just after the November attacks: ‘Parisians are fantastic: instead of being gloomy, they make music, filling the cafe terraces, partying, to show they are undefeatable.’

The Charlie Hebdo attack was one year ago today. But just what has changed? (Washington Post’s Comic Riffs)

Michael Cavna posed that question to ten American editorial cartoonists. The consensus: not much has changed for good or ill, except perhaps that the profession now gets a bit more respect from the general public.

Charlie Hebdo: what next for magazine one year after attack? (Telegraph)

This is the same culture we had in the time of Voltaire, it goes back to the tradition of court jesters, the fools who spoke the truth to the king. Any censorship is appalling. We can’t let radical Islamists who are trying to bring terror to the whole world set the editorial agenda.

Although its finances have recovered from a low point before the attack, the magazine has struggled to maintain editorial cohesion in the face of staff infighting and high-profile departures. Still, says financial director Eric Portheault, “we won’t give up. We don’t want them to have died for nothing.”

Being a cartoonist can be a risky profession these days, and support for what you do is important. So my cartoon is a warning that we should not forget how we felt last year, and to keep reminding ourselves that cartoons are important, because freedom of expression is important.

The anniversary issue of the magazine itself became a meta-story when the Associated Press refused to run pictures of the cover, which shows God in blood-spattered robes under the headline “The Assassin Remains at Large.” The newswire’s reticence apparently stemmed from an effort to remain ideologically consistent with its previous decision not to show pictures of the magazine’s Mohammed cartoons. Observes the Post’s Erik Wemple: “Once you start censoring, you have to do more censoring to stay consistent.”

With all of France still officially under a state of emergency after the November attacks, only a few thousand people ventured out to join the public commemorations this weekend. The Telegraph brought together some photos and videos from the ceremonies.