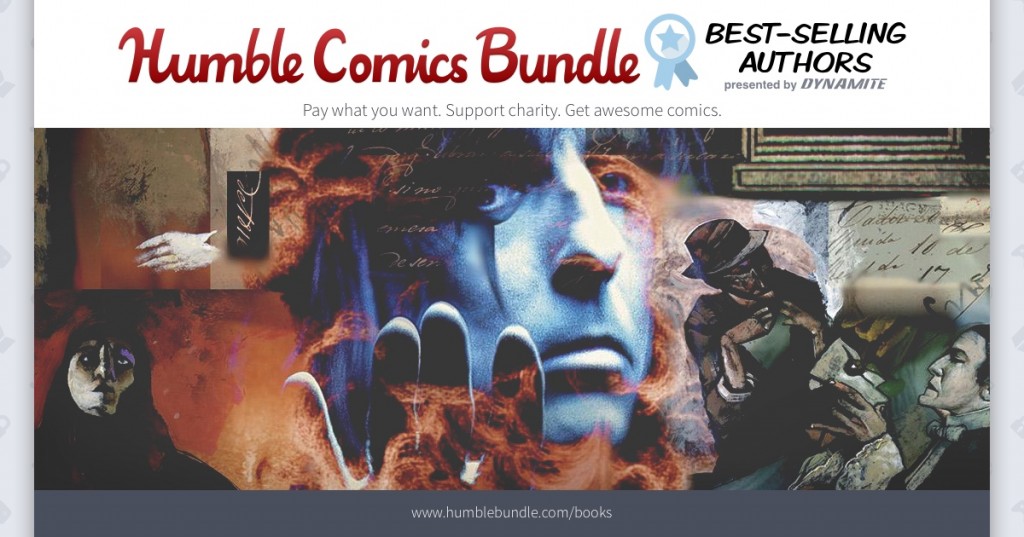 Last week, Dynamite Entertainment partnered with Humble Bundle for one of the most jam-packed collections of comics and prose yet! This week, that jam-packed bundle gets even more crowded with the addition of more amazing books!

This bundle features some of the biggest authors in Dynamite’s catalog, giving readers nearly $300 in content for a fraction of the cover price for fans to pay what YOU want for each bundle, and introduce yourself to Dynamite’s library of literary titles!

As of this week, anyone who beats the average will now get: