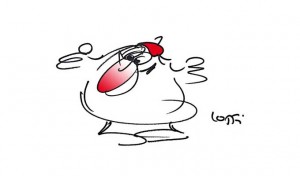 The state-owned Tunisian newspaper La Presse last week rejected a cartoon that criticized the U.S. government’s involvement in Tunisian domestic affairs. According to cartoonist Lotfi Ben Sassi, someone at the newspaper said the strip he submitted for last Sunday’s paper was “not pleasing.”

Ben Sassi’s daily satirical strip, Les Bokbok, has become a much-loved Tunisian institution since its debut in 1994, when all media was still tightly controlled by the government. Since the Tunisian Revolution of 2011 which inspired Arab Spring uprisings across the Middle East, cartoonists like Ben Sassi and Nadia Khiari have had more freedom to directly address weighty topics in their work. In light of that expansion, Ben Sassi said last week he was surprised and disheartened to find that a bit of innocuous diplomatic mockery seemed to be a bridge too far for La Presse, which allegedly now has editorial independence despite being state-owned.

In the rejected strip, reproduced and translated in full below, two of Ben Sassi’s squat characters discuss their views on the U.S. presidential campaign, with one expressing support for Bernie Sanders over Donald Trump. The other character asks why he even cares about a foreign election, and the response comes: “Well, I go direct to the source: WHO REALLY GOVERNS IN TUNISIA?”

Contacted for comment by radio station Mosaïque FM, La Presse Editor-in-Chief Saïd Ben Kraïem claimed that the strip was rejected not because of Ben Sassi’s political views, but because the strip contained “disinformation.” Columnist Ali Gannoun of the news website Tunisie Focus suggested it was more likely that the newspaper feared losing U.S. advertisers if it allowed the strip to run.

In a statement at the website Business News, Ben Sassi explained what happened when he submitted the strip last Thursday:

When I delivered it yesterday, someone from the newspaper staff asked me if I had an alternate strip because the one I sent “was not pleasing.”

I read and re-read the censored strip: was it immoral? Defamatory? Did it contain false information? An attack on public order? No. Nothing. None of that. I simply expressed myself freely and it was “not pleasing” to someone.

I am sad to discover that in this country where one can verbally attack the President of the Republic, one cannot allude however circumspectly to the influence of the United States.

Freedom of expression, the singular victory of the Revolution, is then nothing but trash.

For a long time, I lived through the stress and the humiliation of the Ben Ali era, a time when censorship was institutionalized. But that censorship that used to come from on high now emanates right from the press itself.

Some Tunisians are in the process of renewing that macabre tradition. No. You will not pull one over on us again. No, I will fight. Last stop, everyone get off, I love my work and I don’t give a shit about your money. 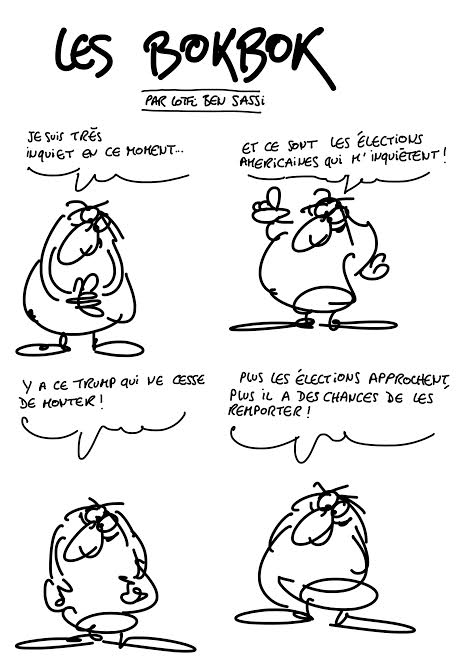 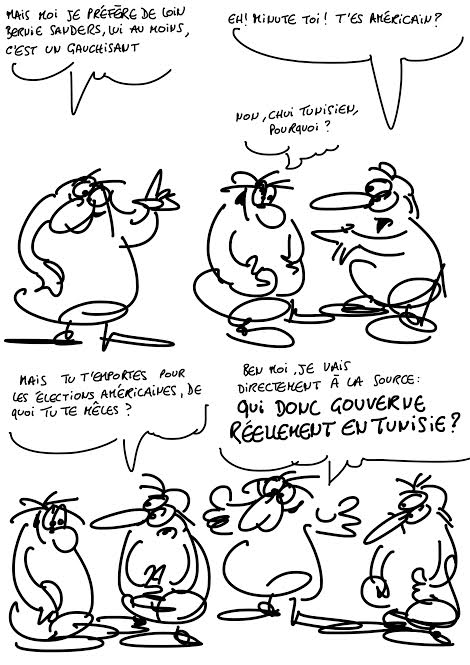