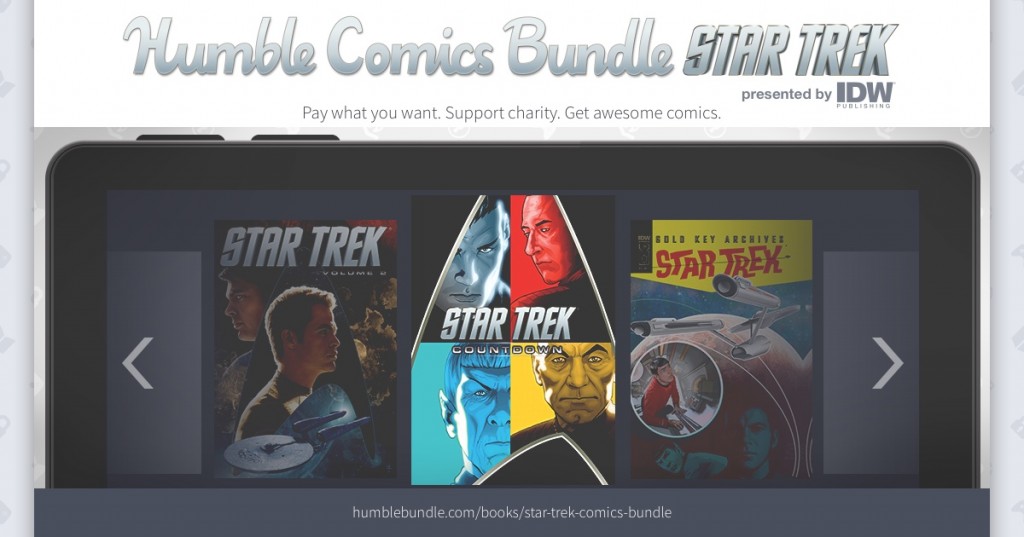 In celebration of the 50th Anniversary of Star Trek, Humble Bundle is partnering with IDW Publishing to offer a bundle of 50 volumes of comics. The bundle launched last week, but week two means a slew of new titles have been added!

As of this week, you can now get the following books in the bundle:

These comic collections would ordinarily cost hundreds of dollars. At Humble Bundle, though, customers choose their price of $1 or more!

About the Comic Book Legal Defense Fund
Comic Book Legal Defense Fund is a non-profit organization protecting the freedom to read comics! Our work protects readers, creators, librarians, retailers, publishers, and educators who face the threat of censorship. We monitor legislation and challenge laws that would limit the First Amendment. We create resources that promote understanding of comics and the rights our community is guaranteed. Every day we publish news and information about censorship events as they happen. We are partners in the Kids’ Right to Read Project and Banned Books Week. Our expert legal team is available at a moment’s notice to respond to First Amendment emergencies. CBLDF is a lean organization that works hard to protect the rights on which our community depends. Please support our important work! http://cbldf.orgAbout Humble BundleHumble Bundle sells digital content through its pay-what-you-want bundle promotions and the Humble Store. When purchasing a bundle, customers choose how much they want to pay and decide where their money goes — between the content creators, charity, and Humble Bundle. Since the company’s launch in 2010, Humble Bundle has raised more than $75 million through the support of its community for a wide range of charities, providing aid for people across the world. For more information, please visit https://www.humblebundle.com.