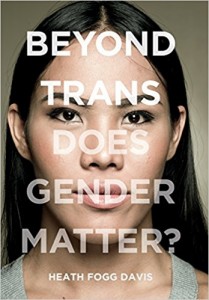 Despite complaints from two local legislators, the public library in West Fargo, North Dakota has no plans to modify a book display that includes LGBTQIA-themed titles. Reps. Ben Koppelman and Chris Olson say that constituents have contacted them particularly in regards to the book Beyond Trans: Does Gender Matter? by Heath Fogg Davis, which Olson accuses of advancing a “radical, hardline sexual ideology.”

West Fargo Public Library Director Sandra Hannahs said that the display was timed to coincide with the Fargo-Moorhead Pride celebration, which took place last weekend. She told local news station KVRR that the books were “not intended to judge or promote, but to inform the public on these social issues.”

In an interview with radio station KFGO, Rep. Olson said he doesn’t think Beyond Trans should be promoted “at taxpayer expense,” but added that he doesn’t believe his objection to it constitutes an attempt at censorship. Nevertheless, Hannahs has already responded to emails from both lawmakers, explaining that the library collection serves the entire community and the two seasonal displays are used to highlight items of current interest.

“In the fall, we might have something on fall activities,” she told KVRR. “This week we happen to happen something on pride since it’s Pride Week.” Kudos to the West Fargo Public Library for remaining true to its mission statement; now if only some local lawmakers could see the value in a library that “enriches lives and strengthens the community.”