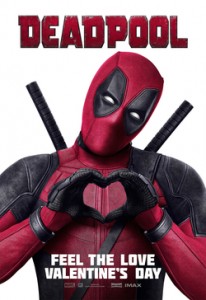 A Utah judge has struck down a state law that prohibits the serving of alcohol during the exhibition of simulated sex acts, vindicating the Salt Lake City movie theater Brewvies which was fined and threatened with the loss of its liquor license for showing Deadpool last year. District Judge David Nuffer ruled that “the State has violated the First Amendment by bringing an administrative enforcement action against a mainstream motion picture theater showing an R-rated movie.”

The Utah law, similar to one that was successfully challenged in Idaho last year, is intended to prohibit the serving of alcohol in “adult-oriented businesses.” While the utility of such a prohibition is debatable to say the least, Nuffer referred to some actual adult-oriented businesses to point out that Brewvies certainly doesn’t come close to matching that definition:

Brewvies is no Playtime Theater. It is not the Pussy Cat. Nor Kandyland, or Teasers, or the Cajun Club, or Angels Sports Bar. Brewvies does not focus on sex. It shows the same movies that other, non-sexually oriented movie theaters show but with alcohol. It is not a statutorily defined sexually oriented business.

Nevertheless, Brewvies had previously been fined by the state’s Department of Alcoholic Beverage Control for showing The Hangover Part II, and threatened with the revocation of its liquor license over Magic Mike XXL and Ted 2. When DABC came calling again over Deadpool, theater owners apparently decided they’d had enough and that it was time to fight the speech-chilling enforcement of the statute. DABC was originally alerted to the Deadpool screenings in an email from a lawyer in the Utah attorney general’s office, who called them “too blatant to ignore.”

Last month the liquor statute made headlines again when Salt Lake City’s Eccles Theater barred audience members from bringing the low-alcohol beer that is sold at its concession stand into the theater itself during performances of Book of Mormon. Brewvies lawyer and former Salt Lake City mayor Rocky Anderson took a slight dig at that decision yesterday, saying that he considers his clients to be “heroes for not caving in to the DABC like the Eccles Theater.”

Utah Attorney General Sean Reyes has not yet decided whether to appeal Judge Nuffer’s ruling against the state. While we wait to hear whether Utah is now safe for beer-enhanced movie screenings, check out our past coverage of the Brewvies saga: