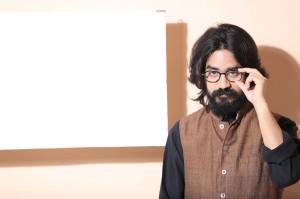 Five years ago, Aseem Trivedi dodged a bullet when sedition charges against the Indian political cartoonist were dropped. But that bullet has come back around: new charges have been brought against the outspoken artist.

In 2012, Trivedi was arrested for sedition and insulting national symbols for cartoons critical of government corruption that he shared on his website Cartoons Against Corruption. He was charged under Section 124 (A) of the Indian Penal Code, which is frequently used in India to crack down on dissident speech. The cartoonist was also charged under the IT Act and the 1971 National Emblem Act. Trivedi, along with Syrian artist Ali Ferzat, received the 2012 Courage in Editorial Cartooning Award from Cartoonists Rights Network International due to the persecution.

The 2012 charges against Trivedi were eventually dropped. He also ultimately won an important victory for free expression before Bombay High Court, which ruled in 2015 that mere criticism of the government does not count as sedition after he challenged his arrest.

However, in November, authorities informed Trivedi that charges had been filed against him once again. Coincidentally (or perhaps not coincidentally), Trivedi spoke with Australia’s national broadcaster shortly before he was charged again about the continued use of Section 124 (A) to charge dissenters with sedition. He also remains active online, using his web-based magazine Black and White to post cartoons about political prisoners and persecuted human rights defenders worldwide. 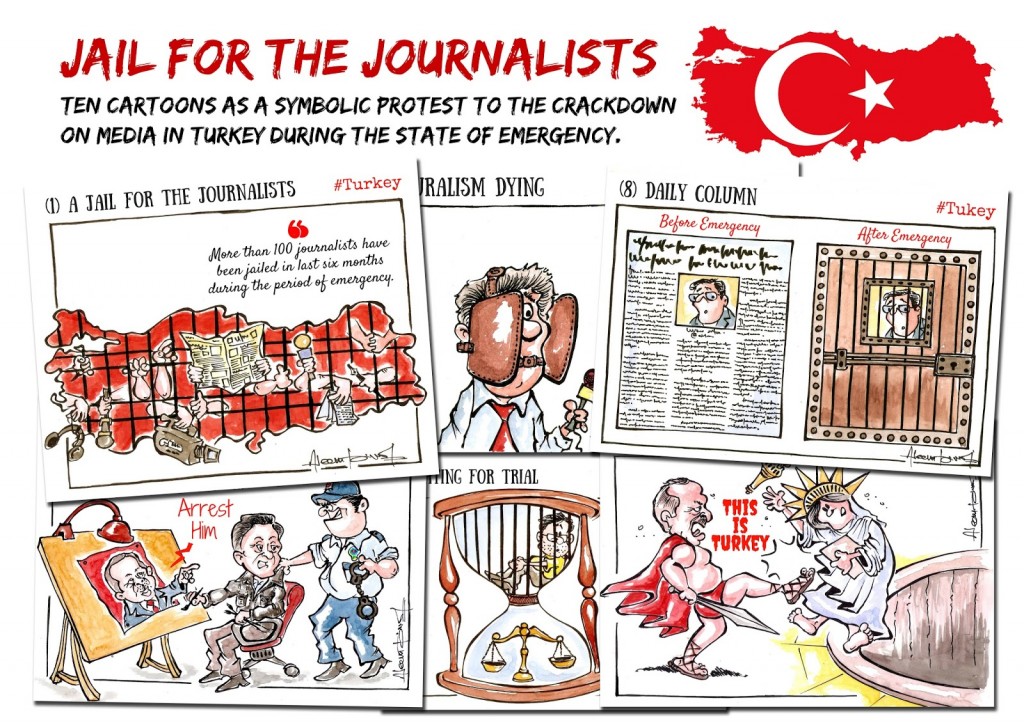 Trivedi has cartooned extensively on the mistreatment of Turkish journalists (which include cartoonist Musa Kart).
(c) Aseem Trivedi