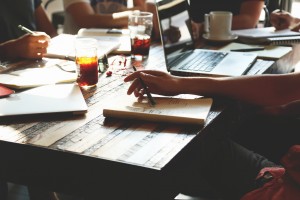 Indiana’s House Bill 1016, which sought to reinstate student journalists First Amendment rights, failed 47 – 45, missing by four votes the constitutional majority required to pass it to the Senate. This outcome closely echoes the hollow victory of a similar bill last year, which passed the house 88 – 4, only to die in the Senate, not even being called for a vote.

“It’s just disappointing,” said Ryan Gunterman, the executive director of the Indiana High School Press Association. “Even the fact that we had more yes votes than no votes … is a win. Moral victories are great and all, but they don’t determine the First Amendment climate in the state of Indiana, and unfortunately, that climate is toxic.”

Indiana is not alone. In a country where attacks on the media are coming more rapidly every week, and facts are falling along partisan lines, toxic seems the best way to describe the media climate everywhere. In the face of this, students, teachers, and legislators around the country, and on both sides of the aisle, are fighting to restore the full First Amendment rights of students, truncated in 1988 by landmark Supreme Court Case Hazelwood v Kuhlmeier.

The Hazelwood decision came after a Missouri principal pulled two articles from the student paper, one on teen pregnancy and one on divorce, believing them inappropriate. The editor and two reporters filed suit, with help from the ACLU. The Supreme Court ruled in favor of the Hazelwood School District 5 – 3, setting the precedent that student newspapers, yearbooks, literary magazines, drama productions, and anything else financially sponsored by the school is not protected under the First Amendment.

A school need not tolerate student speech that is inconsistent with its basic educational mission, even though the government could not. … (Judicial action to protect students’ rights is justified) only when the decision to censor a school-sponsored publication, theatrical production or other vehicle of student expression has no valid educational purpose.

Legislation rescinding the Hazelwood decision is already active in thirteen states for high school students, public college students are only protected in five of those states. Thirteen more states have begun campaigns to pass similar legislation.

“In some schools, they already have press freedom, and it works well,” said Indiana Representative Ed Clere, R-New Albany, who authored Bill 1016. “Other schools take the path of least resistance and exercise absolute control at the expense of students and the entire school community. Strong censorship equals weak education.”

Representative Wendy McNamara, R-Evansville, who is the director of Early College High School in her own district, defended the lack of constitutional rights awarded students because of the “lack the basic brain development that they need.” She also said, “we’re dealing with some immaturity in our youngins. One story, one misstep can create a firestorm on social media.”

Co-author of the bill Rep. Ed Delaney, D-Indianapolis, said that is exactly why they should restore the First Amendment in its entirety to educational settings, citing children’s social media freedoms outside the classroom. “They can do their own thing, or we can give them a model of professional, responsible journalism in the school, with advisers.”

Wendy McNamara added in her opposition to 1016, “as adults, it’s our responsibility to guide them.” Which in this case means, infantilizing them while reinforcing that public relations and self-interest are more important than the news. Great job, Indiana. Luckily for the student journalists still affected by the constraints of Hazelwood, some of the greatest work in the history of the world has come out of oppression, so here’s hoping they never stop striving for integrity and freedom, no matter what their legislators say.